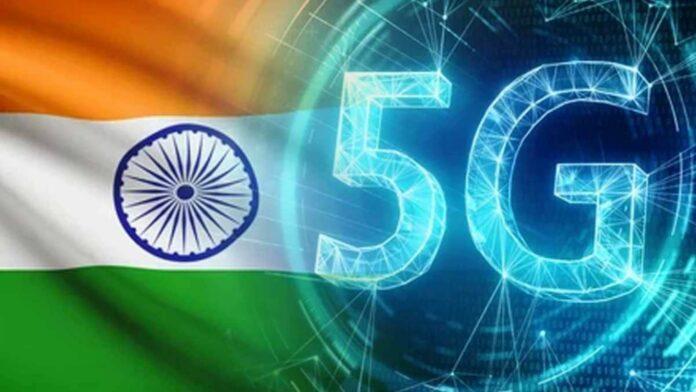 According to a report by Analysys Mason that was commissioned by Swedish telecom equipment manufacturer Ericsson, the overall cost of 5G roll out in India will be the highest among 15 rising nations between 2020 and 35, costing up to $75 billion.

According to a study that included developing countries like Bangladesh, Brazil, Chile, Colombia, Egypt, India, Indonesia, Malaysia, Mexico, Morocco, Nigeria, Pakistan, South Africa, Thailand, and Turkey, the baseline cost of 5G roll out is anticipated to be $3-8 billion per country, with an additional 20-35% investment needed for extending coverage.

By the time the fifth-generation networks are fully implemented over the current network grid in the majority of countries, it was stated that the majority of the deployment expenses are anticipated to be expended by 2028–2029.

5G services in India are anticipated to produce economic benefits totaling $15.6 billion between 2020 and 35, with the smart rural segment having the highest share ($9.4 billion), followed by smart industry ($5.4 billion), smart logistics ($0.9 billion), and smart public services ($0.1 billion). The cost to expand low-band coverage is estimated to be $0.9 billion.

In contrast, expanding mid-band 5G coverage in India at a cost of $6.4 billion may generate $44.8 billion in economic benefits over the same time period.

According to the data from the study, among the comparable emerging nations, India will benefit the most economically.

Reliance Jio and Bharti Airtel, two of the largest telecom providers in India, began rolling out their 5G networks in October using the standalone (SA) and non-standalone (NSA) architectures, respectively. By 2023–2024, the telecoms want to have 5G available throughout the country of India. However, the third-placed Vodafone Idea has not yet provided a specific release date.

“With regulatory and government support, all fifteen countries could benefit from GDP growth between 0.3 and 0.46 percent through 2035, with an estimated three-to-seven-fold cost-to-benefit ratio,” Ericsson said in the study.

According to the findings, mid-band coverage will give customers access to faster speeds from 5G-enabled devices, assuming that customers will be prepared to pay a little bit more for these faster connections.

“The difference between this premium and the actual cost per GB that we anticipate consumers will pay is expected to generate additional consumer surplus, which we have estimated would add up to ⁓USD0.2–1.5 billion per country,” it added. According to the research, 5G mobile broadband (MBB) can produce consumer surplus worth $1 to $10 billion each nation, with coverage expansion generating an extra 20 to 30%.

- Advertisement -
Powered by JustWatch
Share
Facebook
Twitter
Pinterest
WhatsApp
Linkedin
Previous article
Alejandro Balde to be offered new 5-year contract by Barcelona
Next article
How can Germany can qualify for the last 16 of the World Cup?