Home Cricket List of 5 Indian cricketers, whom no one knows acted in Movies The list of 5 Indian cricketers who acted in Bollywood is mentioned in the article below. Recently Shikhar Dhawan, who has become India’s captain for the ODI series against South Africa has also made his debut in Bollywood. Along with Huma Qureshi, he was seen in the trailer of the upcoming movie named Double XL on Instagram.

List of 5 Indian cricketers, whom no one knows acted in Movies

Dinesh Mongia is one of the Indian cricketers who made his international debut in 2001, he was a batting all-rounder and has been a part of India’s World Cup squad in 2003. Mongia has made his T20 debut in 2006 but after that, due to inconsistency, he has been dropped out from the team and never picked up after the dropout.

He has also tried his luck in acting, Mongia was featured in the movie named “Kabab Mein Haddi”, which was released in 2014. He also played a parody of Amitabh Bachchan in the film and the name of his character was ‘Bhandari’.  However, the movie did not perform well at the box office.

Sandeep Patil is another member of the Indian Cricketers’ team and made his debut in 1980, he was famous at that time for his aggressive strokeplay. He has been one of the pillars of the Indian middle order for a couple of years. He has also been part of the World Cup team in 1983 and it was the first time that India won the World Cup for the very first time.

After the World Cup match, the batsman got the opportunity to act in a movie, directed by filmmaker Vijay Singh. He accepted the offer and played the lead role opposite actresses, Poonam Dhillon and Debashree Roy in ‘Kabhie Ajnabi The. Star actor Shakti Kapoor is also featured in this film. In that movie, the legendary Sachin Tendulkar also played a small cameo in the musical romantic drama film. ‘Kabhie Ajnabi The’ hit the theatres in 1985. However, the film which was presumed to be a huge hit was a failure at the box office.

Sunil Gavaskar is a legendary Indian Batsman. He made his debut in a lead role in a 1980 movie named Savli Premachi. Although the movie did not perform well, he again made his comeback in the movie named Malamaal along with Naseeruddin Shah, where we have seen Sunil Gavaskar defeat Naseeruddin’s character Rajkumar in a friendly celebrity cricket match.

Krishnamachari is one of the veteran Indian cricketers. He was famously known for his entertaining and explosive style of play. He is also known to date for his fearsome bowling attack to the cleaners and played a crucial role in India’s World Cup win in 1983.

After his retirement, He acted in the Tamil film ‘Ullam Ketkumae’, The romantic drama film directed by Jeeva was released in 2005, the former Indian cricketer has also been featured in some reality shows namely ‘Jhalak Dikhhla Jaa’ and ‘Smart Jodi’.

Sadagoppan Ramesh made his debut in 1999. He is among the Indian cricketers who used to be the opener, he also used to bowl part-time off-spin and interestingly was the first Indian cricketer to take a wicket off his first ball in ODI cricket.

Besides his brilliant cricket, he also started acting. His first movie was ‘Santosh Subramaniam’ in 2008. The former cricketer played the role of the main lead’s brother in the Tamil romantic comedy. The veteran batter’s next on-screen appearance came in Potta Potti directed by Yuvaraj Dhayalan. Ramesh played a lead role in the movie. The sports comedy was released in 2011 and gained good popularity among the fans. The cricketer-turned-actor played himself in the movie. 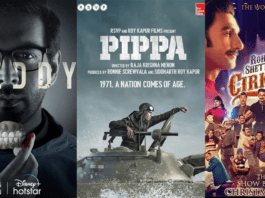