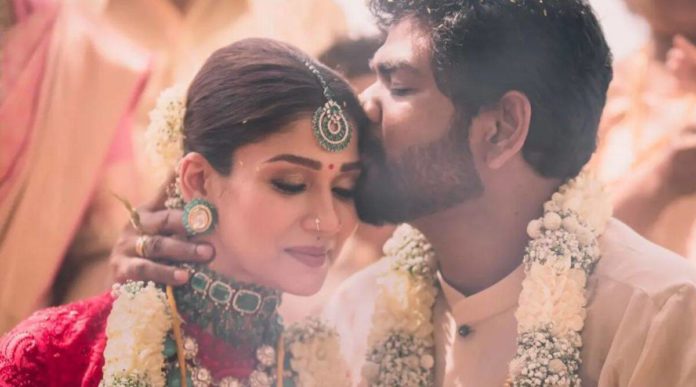 Nayanthara: Beyond The Fairytale is all set to release on Netflix. The actor Nayanthara and the director Vignesh Shivan got married earlier this year. Their wedding is the most-anticipated Kollywood wedding. The couple was dating each other for a few years after their first work together in the 2015’s movie titled Naanum rowdy Dhaan, directed by Shivan. They both tied their knot at a resort in Mahabalipuram on 9th June 2022.

The new movie is all about the life of a beautiful couple. It is basically an “intimate documentary” movie titled as Nayanthara: Beyond The Fairytale. The movie is going to be directed by Gautham Vasudev Menon and produced by Vignesh and Nayanthara’s Rowdy Pictures.

Netflix has announced about the movie that this special documentary movie is going to take place. This automatically states that it is going to release on Netflix also.

The couple’s wedding was attended by close friends, family members, and many celebrities, they include Rajinikanth, Shah Rukh Khan, Karthi, directors Mani Ratnam, Atlee, and producer Boney Kapoor among others.

The synopsis of the show reads: “Actress recently got married in a fairytale wedding to ace filmmaker Vignesh Shivan. As they are both poised to start this new phase in life,  Nayanthara: Beyond The Fairytale gives an all-access peek into their lives, the marriage, and beyond. We try to unpack who the intensely private she is, and how Vignesh has made her harness the full power of her talent and love – as an artist and a woman.”