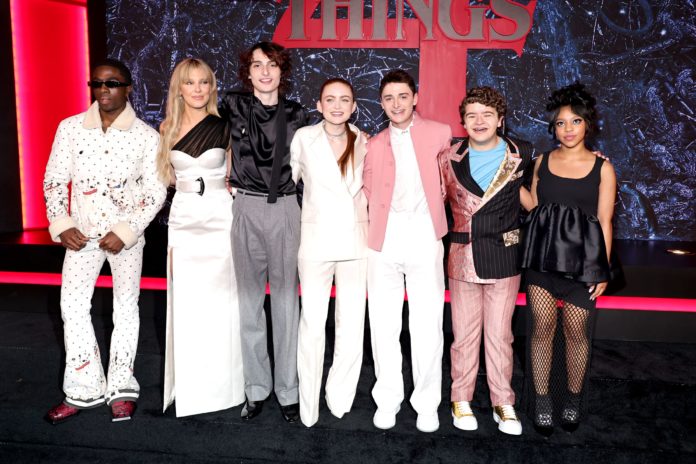 The expectations of the series named Stranger Things have reached their peak. Netflix, the streaming platform has therefore made its highest investment ever for the production of the latest season. The investment somewhere reaches a figure of around 30 million dollars in the latest season of this show.

As the budget increases, the actor’s salaries also increased simultaneously.

Salaries of Stranger Things actors have been revealed, here we present some figures that each of the main actors are being paid per episode, starting with the highest earners.

Winona Ryder and David Habour, plays the role of Joyce Byers and Jim Hopper, respectively. Both actors started out earning between 80,000 and 100,000 dollars each per episode and, in the fourth season, their pay scale reached 350,000 dollars.

The rise in the salary of the actors has also affected the five young stars. Millie Bobby Brown (Eleven), Finn Wolfhard (Mike), Gaten Matarazzo (Dustin), Caleb McLaughlin (Lucas), and Noah Schnapp (Will) earned 20,000 dollars per episode in 2016. Now, the salary rises up to 250,000 dollars.

Meanwhile, Natalia Dyer (Nancy), Joe Keery (Steve), and Charlie Heaton (Jonathan) are being paid 150,000 dollars per episode as per the current reports.

Previous articleBlack Panther: Wakanda Forever:  The Trailer reveals Wakanda Finds their new leader for the Nation
Next article5G battleground: Airtel seems to be ahead in the race