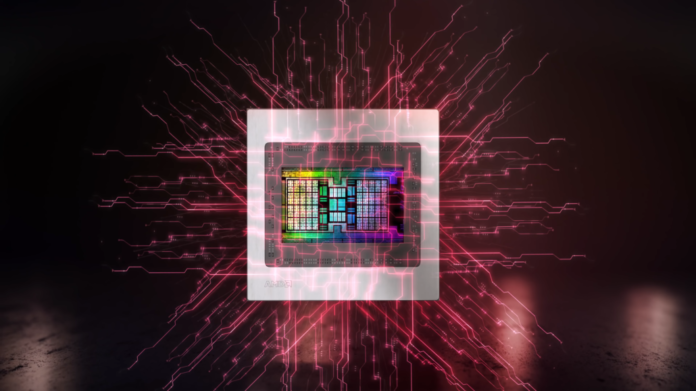 According to brand-new information shared by @Kepler L2, AMD’s Navi 31 RDNA 3 flagship GPU can support up to 384 MB of Infinity Cache in both regular and 3D packaging. The details pertain primarily to the Navi 31 chip, which is the centrepiece of AMD RDNA 3. The top chip, Navi 3x, is all we currently know about, so Navi 31 should continue to hold the flagship position when it debuts this year and might be replaced by a faster version next year.

That represents a 3x improvement over the Navi 21, the AMD RDNA 2 flagship, which only has 128 MB of total Infinity Cache. AMD was able to reduce memory bottlenecks and provide a quick cache close to the GPU rather than going through the VRAM thanks to the Infinity Cache design, which enabled AMD to pump additional bandwidth to the GPU.

The Radeon RX 7900 XT graphics card and other next-generation enthusiast cards would be powered by the AMD Navi 31 GPU, the top-tier RDNA 3 processor. We’ve heard that AMD would replace its next-generation RDNA 3 GPUs’ compute units with workgroup processors. Dual CU (Compute Units) will be housed in each WGP, but there will be four SIMD32 clusters per CU, as opposed to two on each CU in RDNA 2. According to rumors, AMD has the choice of the 6nm die from TSMC or Samsung.

The AMD Navi 31 GPU with RDNA 3 architecture is anticipated to feature a single GCD with 48 WGPs, 12 SAs, and 6 SEs, according to the most recent information. This will distribute 12,288 stream processors in total, which is fewer than the prior tally. This will reduce total computing performance as well until AMD overclocks its flagship part to over 3.0 GHz. The Navi 31 GPU will also include 6 MCDs, each of which will have a 32 MB Infinity Cache. Additionally, these MCDs are anticipated to include 64-bit (32-bit x 2) memory controllers, giving the device a 384-bit bus interface.

The AMD Navi 31 GPU is rumored to have clock rates that can reach or even exceed 3 GHz. Even though AMD has consistently outperformed NVIDIA in terms of clock speeds over the previous generation, it is predicted that this trend will continue. NVIDIA’s flagship GPUs are also rumored to offer clock speeds close to 2.8 GHz. A 3 GHz clock speed translates to over 75 TFLOPs of FP32 performance on the newest flagship, which is a 2.3x improvement over the RX 6950 XT, the current RDNA 2 flagship.

Previous articlePS Plus Extra: Here are the Games rumoured to be added to the subscription
Next articleUncoupled: Neil Patrick Harris Comes to Dating World for a partner after two decades