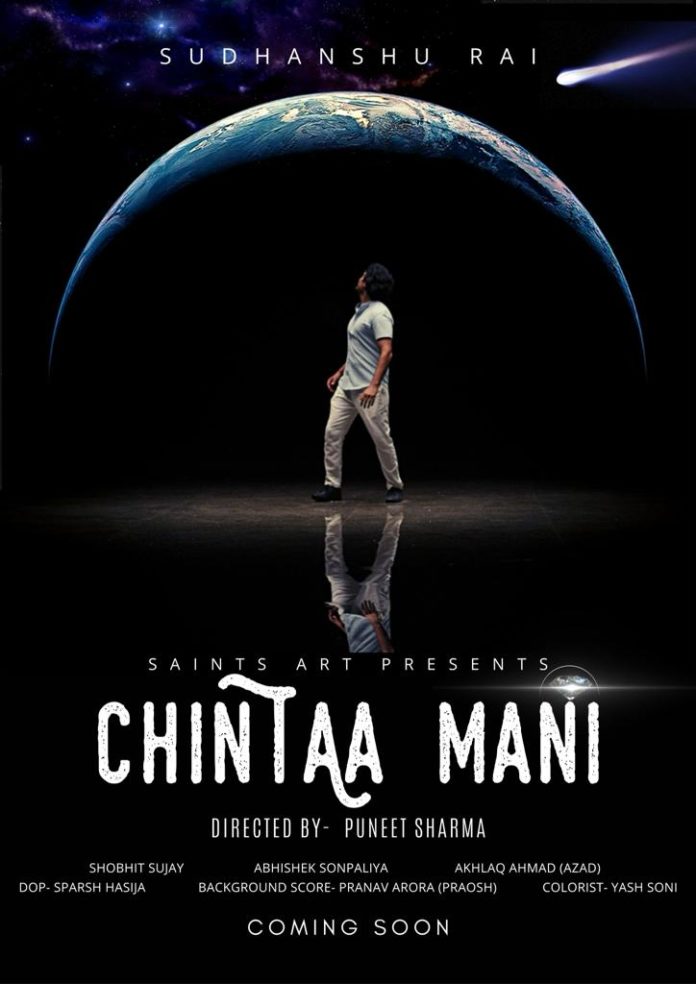 Sudhanshu Rai on Wednesday unveiled the first look of his much-anticipated upcoming film Chintaa Mani, which is a blend of comedy, thrill as well as sci-fi. The latest by the makers of Chaipatti and Detective Boomrah, which were widely lauded for unique conceptualization, marks the directorial debut of Writer-Producer Puneet Sharma.

In the first look poster, storyteller-turned-filmmaker Sudhanshu can be seen staring at celestial bodies in the far reaches of the universe, thereby suggesting that Chintaa Mani is yet another transcendent experience from Saints Art.

According to the makers of Chintaa Mani, the short film spans nearly half an hour and is set for an OTT release very shortly. Notably, Saints Art’s first production Chaipatti was an instant hit with the audience for its quirky concept and impactful performances, and demands for its sequel have been pouring in since then. Though not a sequel, the makers are now back with Chintaa Mani, promising double the thrill & fun dose.

The cast of the film comprises Sudhanshu Rai, Shobhit Sujay, Abhishek Sonpaliya and Akhlaq Ahmad (Azad). The Director of Photography is Sparsh Hasija while the background score of the short film has been created by Pranav Arora (Praosh). Yash Soni donned the role of the colorist for Chintaa Mani.

The complete cast of Chintaa Mani has been seen in Detective Boomrah, a web series released earlier this year on MX Player. Acknowledged as one of India’s most prominent storytellers, Sudhanshu Rai made his acting and directorial debut in 2021 with the short film Chaipatti, which is currently streaming on both Disney+ Hotstar and MX Player.