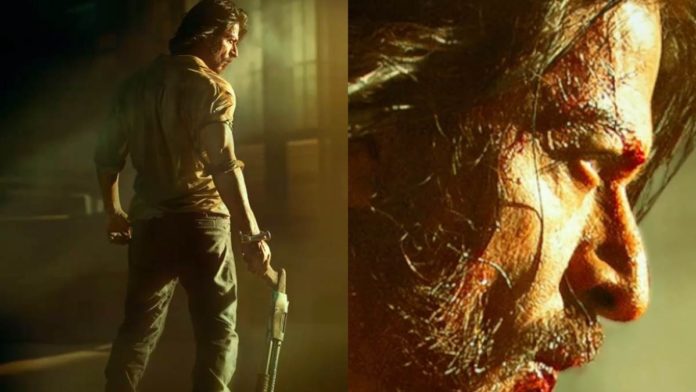 Pathaan poster revealed. The “Badshah” of Bollywood, Shahrukh Khan has completed 30 years in the Hindi film industry. In order to celebrate his 30 years in this industry he has treated his fans with the release of his upcoming new movie’s teaser and poster named Pathaan. The movie is directed by Siddharth Anand.

Pathaan movie poster has been revealed. Shahrukh Khan has shared the motion poster of the movie on 25th June 2022. In the motion picture we have seen Shahrukh Khan in a bad condition, face smeared with blood. He has a rifle in his handcuffed hand and is wearing a white shirt and denim. The poster features the words, “Celebrating 30 years of Shah Rukh Khan.”

On Instagram, the king of bollywood has posted the motion poster and the caption reads, “30 yrs and not counting cos ur love & smiles have been infinite. Here’s to continuing with #Pathaan. Celebrate #Pathaan with #YRF50 on 25th January 2023. Releasing in Hindi, Tamil, and Telugu.”

The poster has spread lots of excitement among SRK’s fans. In the comment section one of the fan has said that “SRK drenched in blood and sweat has always been a blockbuster thriller. Excited:)”, while many has only dropped some fire emojis on the post. Another fan has also written that “Bollywood king is coming to save Bollywood 🔥🔥❤️❤️”.

The movie Pathaan stars Shahrukh Khan along with Deepika Padukone and John Abraham. While talking about SRK’s look in the movie, the director Siddharth Anand has said in a statement that “He is the alpha man on a mission in this action spectacle that will hopefully set new benchmarks for the action genre in India. When you have Shah Rukh Khan in your film, along with superstars like Deepika Padukone and John Abraham, you have to reach for the stars in every department and I don’t think we will disappoint on that promise with Pathaan”.

The poster was released on Saturday i.e. 25th June 2022, because SRK has completed 30 years of this industry. Further Anand has explained that why the poster was released on saturday. He said, “30 years of Shah Rukh Khan is a cinematic moment in itself in the history of Indian cinema and we wanted to celebrate it with his millions and millions of fans globally. Today is Shah Rukh Khan day and we need to tell the world that. This is Team Pathaan’s way of saying thank you to Shah Rukh for the countless memories and smiles that he has given all of us in his incredible journey in cinema.”

Shah Rukh Khan has started his career with the movie Deewana that was released on 25th June, 1992. He was last seen in the movie named Zero in 2018 that has failed in the box office, after that he has taken a gap from the movie for a while.

After Pathaan, he will be seen in director Atlee’s new film Jawan, and will then collaborate for the first time with director Rajkumar Hirani on Dunki.

Previous articleNVIDIA will reportedly launch its GeForce GTX 1630 4GB GPU on June 28th, 2022
Next articleEngland skipper Eoin Morgan is all set to retire from international cricket

IPL 2021: All you need to know about Punjab Kings’ new star Shahrukh Khan