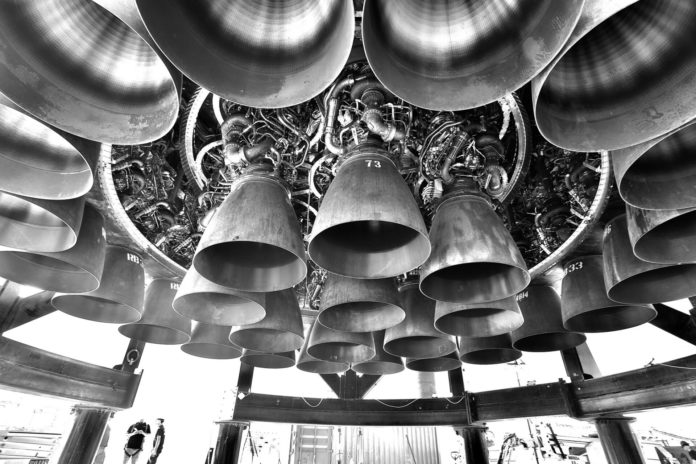 As part of its rapid development in Boca Chica, Texas, Space Exploration Technologies Corporation (SpaceX) is getting closer to lighting up the first stage rocket of its Starship launch vehicle platform. The Starship rocket from SpaceX is a super heavy-lift rocket that will not only replace the company’s existing Falcon 9 rockets but will also be capable of interplanetary travel.

The first stage booster will be propelled by 33 rocket engines, according to SpaceX CEO Mr. Elon Musk, who posted a new shot of all of the engines on the rocket earlier today. This is an essential stage in testing the rocket, which is the center of attention right now as SpaceX prepares for a highly anticipated orbital test flight that will kick off the company’s plans.

At the moment, the focus is on SpaceX’s Starship rocket 7 prototype, which is being tested for its ability to withstand operational pressure. In a new photograph uploaded earlier today, Elon Musk revealed that SpaceX looks to have finished the installation of all 33 engines on the rocket.

Starship’s systems are significantly more complex than those of other rockets with two to four engines due to the vast number of engines. SpaceX, on the other hand, has plenty of experience in this area, as it is the first and only firm in the world to regularly launch a single rocket booster with nine engines – a design feature praised by NASA as well.

The engines must be mounted and a few tests must be completed before SpaceX can fire up its rocket for the first time. Among them are transporting the booster to the launch location and conducting a wet dress rehearsal before the vital static fire test. A wet dress rehearsal involves fuelling the rocket and checking that all ground systems are working before attempting a fire.

When fully stacked, Starship is one of the world’s heaviest rockets, weighing 5,000 tonnes (five kilotons). Rolling steel sheets into cylinders, stacking them on top of one another, and welding them together is how SpaceX builds the rocket. The company is also waiting for the Federal Aviation Administration (FAA) to complete an environmental analysis of its facilities, following which it will be able to seek a launch license.