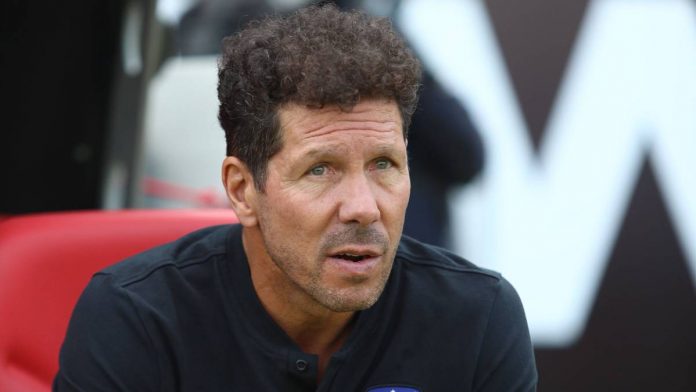 Atletico Madrid slumped to a 1-0 defeat against La Liga’s bottom-placed team, Levante, in their most recent outing. Levante had not won an away game all season until that point. Moreover, they only had one win all season until getting a big win over the defending champions.

Things have not panned out well for Diego Simeone and his team this campaign. And a chance of potentially defending their title is impossible given the situation they find themselves in. Right now, Atleti are in a race for Champions League spots and are in a tight position in the league.

The manager that put the Rojiblancos on the map of European football is in a very difficult position right now. The fans were whistling away and sounding their disapproval of the way things were unfolding at the Wanda Metropolitano.

And this is something that the Atletico Madrid faithful have not done often, especially given the work that Simeone has done for the club during his time in charge.

“The truth is that I didn’t see this,” he said. “In this moment, we can’t say anything negative about the fans, it’s the opposite.

“The whole game, I felt that the fans were close to the team, hoping for us to react and to take a step forward.”

Despite the poor run of form, all hope is not lost for Simeone. While they can’t defend their title this season, they can aim to finish in the top four, regroup and come back next year. However, questions are now being asked of whether it will be Simeone on the bench when that happens or a new face.