Karim Adeyemi the priority for Borussia Dortmund in the summer 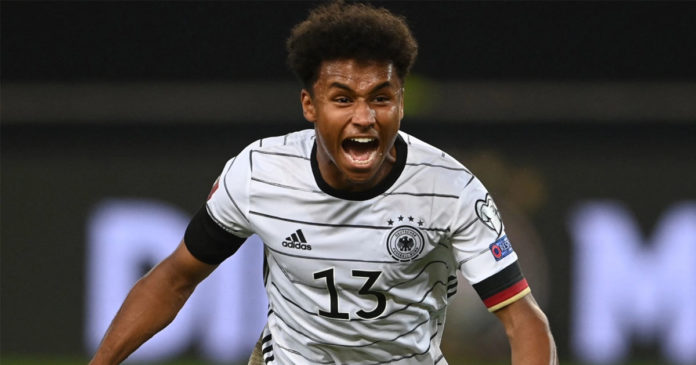 Borussia Dortmund are preparing to complete the signing of Karim Adeyemi in the summer. According to renowned transfer insider Fabrizio Romano, the Black and Yellow club are preparing a five-year deal for the striker.

The Bundesliga club have prioritised the RB Salzburg star for the next transfer window. A transfer fee for the youngster has not been agreed upon just yet.

The 20-year-old has been making waves with RB Salzburg this season. He has scored 14 goals in 16 Austrian Bundesliga appearances this season, and has helped the team reach the Round of 16 in the Champions League as well.

Dortmund already have Erling Haaland and Donyell Malen as strikers in the squad. But, they often lack an end product in attack without the Norwegian leading the line. As a result, Karim Adeyemi could be a back-up option for Haaland.

Due to his remarkable ability at such a young age, he has attracted interest from Liverpool as well. Moreover, his playing style has been compared to that of Kylian Mbappe and Pierre-Emerick Aubameyang. As a result, he could be an exciting acquisition for Dortmund if they can agree a fee with Salzburg.

However, with the number 9’s future yet uncertain, he could also be the replacement for Haaland if he chooses to leave. Dortmund have already confirmed the signing of Niklas Sule from Bayern Munich in the summer, as a free agent. And soon, they could have another confirmed arrival for the next window.