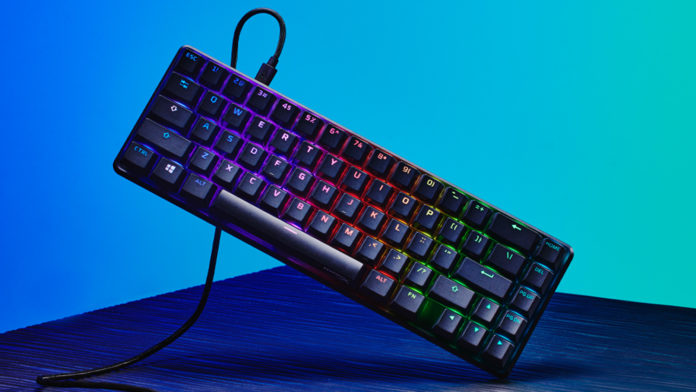 HyperX confirms that these switches should be last up to 80 million clicks. It seems that the company is offering the Alloy Origins 65 with HyperX Red linear or HyperX Aqua tactile switches.

HyperX has been contained double shot PBT keycaps with such secondary functions. Additionally, we will say that the Alloy Origins 65 has RGB backlighting with five adjustable brightness settings. HyperX also provides NGENUITY software for powering the keyboard’s RGB effects and also it can enable macro settings. HyperX added six-game mode presets also with such enough onboard memory for keeping three keyboard profiles.

The company has included that the Alloy Origins 65 has just a 1,000 Hz polling rate, it has the 100% anti-ghosting and N-Key rollover.  It also has such built-in Media Controls, that HyperX has been clustered in between the space bar and also the enter key. All of the keys have a 45 g operating force, a 1.8 mm actuation pint, and also has 3.8 mm of the total travel.

There are the alloy Origins 65 Mechanical  Keyboard that will be orderable from February. HyperX states that the keyboard also retails for US$99.99, but it has not given the pricing for the other markets though.