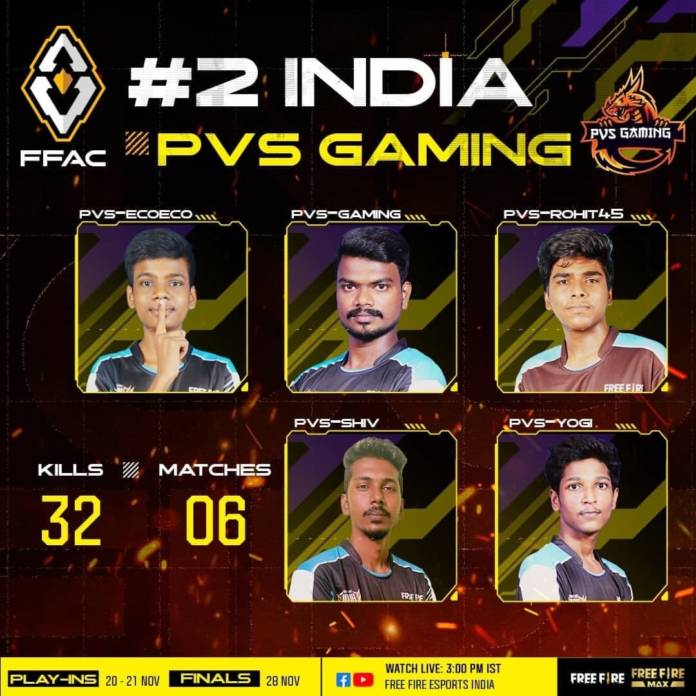 With a vision to represent his state (Tamil Nadu) nationally and globally, Dr. Hari Raman had started a gaming channel on YouTube while he was studying MBBS. A year back, he built an esports team that represented Tamil Nadu in the Free Fire tournaments. Raman hand-picked people of great skills like PVS Yogi, PVS Shiv, PVS Ecoeco, PVS Rohit, PVS Nobita and PVS Mohe in and around his hometown to build a strong team. Like him, his team too is highly passionate about gaming. However, lack of equipment and gaming devices were some hurdles that the team faced early on. Helping his team, Hari decided to provide all five team members with an iPhone for free from his doctor’s salary. Alongside, since then Hari is constantly working towards upskilling his team by providing the best possible gadgets and training.  To make Tamil Nadu proud and boost esports revenue in southern states, he is desirous of achieving all the titles.

Talking about securing the first runner-up spot in FFIC 2021, Dr. Hari Raman, founder, PVS Gaming Esports, said: “Online gaming and esports happened to me at one of the lowest points in my life. It helped me build online connections with my native people when I was studying MBBS in Gujarat, and also supported me to pay some amount of my fees. Likewise, I wanted the people from my village who are passionate about gaming to explore this as a career opportunity and earn while they played. Generating employability was one of my main aims and today I am happy to build a great team of five PVS gamers who are acing the Free Fire game in India.”

Dr. Hari Raman’s YouTube channel, PVS Gaming, has over two million subscribers. Coming from humble roots, he was always questioned at his village as to — “Why does a coolie’s son want to be a doctor?”.  Graduating MBBS, he fulfilled his dream early this year. Hari started the gaming channel in 2018 while pursuing his MBBS at a college in Gujarat. With years, his subscribers grew almost exponentially and the channel helped him meet his educational expenses.