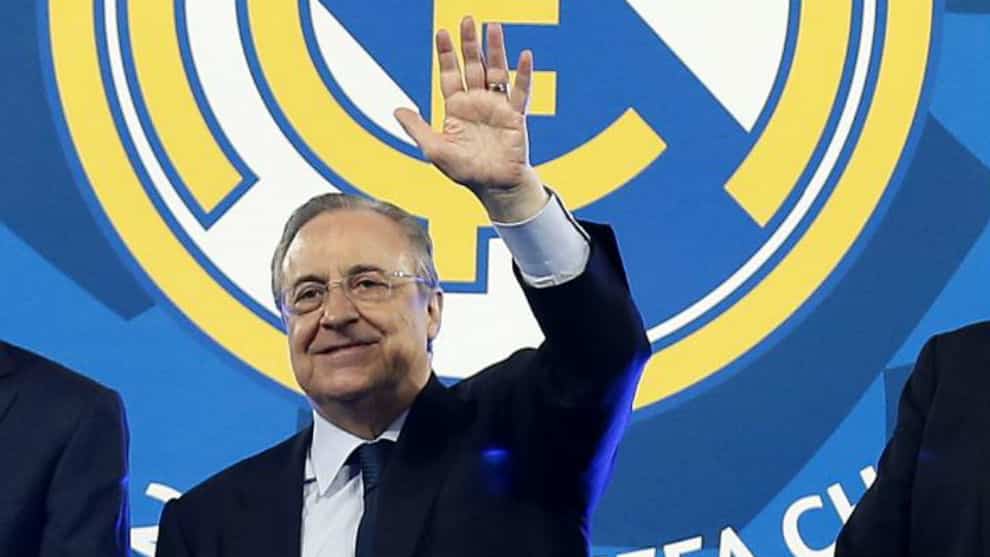 A total of 12 European clubs decided to have a breakaway European Super League after they felt mistreated by UEFA. However, the Super League was quickly brought to a halt.

Surprisingly, the idea of the Super League hasn’t been thrown away completely and the clubs often talk about it as something which will definitely happen in the future.

The main man behind the European Super League, Real Madrid president Florentino Perez has recently taken a hit at UEFA.

Perez said, via Marca: “Fruit of the reflection from the pandemic led us to try to change the dynamics of football so that it does not die.”

“The Super League is freedom, self-governance, financial fair play in the face of unacceptable aid, transparency, solidarity to create a new structure of football, respect for competitions despite the intoxication of information, respect for the fans…”

“Young people are moving away from football. The format will be open to whatever the football fans demand, whose future is in danger. The clubs assume expenses and risks, not UEFA.”

“The final trigger was UEFA’s Swiss model for the Champions League, with more inconsequential matches. It only made the situation worse.”

“That is why the association of 12 European clubs was created, based in Madrid. The virulence of UEFA’s reaction confirmed the need to regain our freedom.”

“How is it possible that a UEFA president insulted a club like Juventus? Everything was against the Super League.”

“Three of the 12 clubs did not give in to an agreement that is unbreakable. The three of us have 20 European Cups. We have to remind UEFA who Real Madrid are.”

Perez said: “We have brought in one of the best defenders in the world [David Alaba], [Eduardo] Camavinga who was sought after by many of the best clubs in Europe and who is nominated for the Golden Boy award.”

“Great players have joined players who were on loan such as [Gareth] Bale, [Dani] Ceballos. Seven players from the current squad participated in the last European Championship.”

“And four were at the Copa America. And three were in the Olympic Games with Spain. We have [Karim] Benzema and [Luka] Modric as candidates for the Ballon d’Or and our goalkeeper [Thibaut Courtois] awaits the trophy for the best goalkeeper.”

Perez said about the LaLiga and CVC: “It does not make sense and is very profitable for the rest of the clubs.”

“I never imagined that I would be told by the press that they were going to take away our rights, LaLiga being a mere marketer according to the law. It is an operation full of very serious irregularities and would have damaged our heritage.

“The fund is the same one that has been attempted in Germany and Italy where they failed. They approached several clubs in distress.”