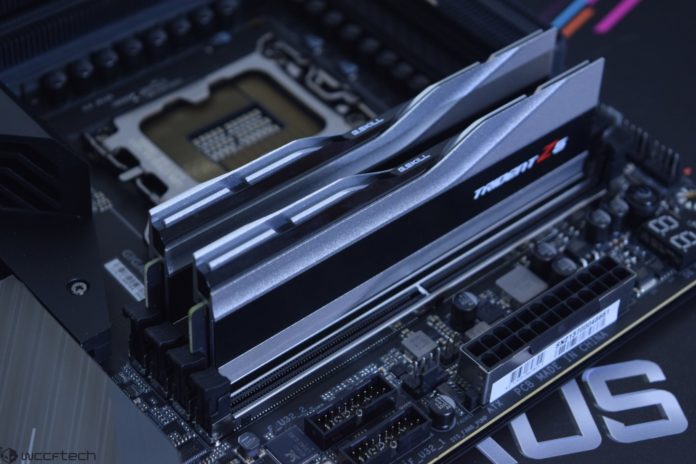 It seems that the component shortage has claimed yet another victim, and this time the hardware component to be affected severely is the DDR5 memory which is virtually out of stock across all major retailers.

DDR5 memory is one of the biggest features of Intel’s 12th Gen Alder Lake Desktop platform however reports indicate that many users who purchased the processor and motherboard are now sitting and waiting to get their hands on DDR5 memory kits.

According to sources, DDR5 memory has been out of stock for a while but the component crisis is worse than what we had anticipated. As it turns out, the main component of DDR5 DIMMs, the PMIC (Power Management Integrated Circuit) is itself facing a severe shortage and this is causing delays in the production of the DDR memory kits.

There is a visible shortage of DDR5 sticks in the market, and sources indicate that the main reason for the shortage is that the DDR5 memory is equipped with a power management chip PMIC, which is currently in very short supply.

Sources said that the PMIC chip is currently in very short supply, while the purchase price of the PMIC chip to be used in DDR5 memory is 10 times more expensive than the corresponding chip in D4, and the procurement cycle is at least 35 weeks.

many in the industry and tech channels have stated that the PMIC chip is short in supply, but to add to troubles, the price to purchase that chip is also 10 times higher than what memory makers had to pay with DDR4 for the same chip.

However, these special chips which are the PMIC’s are running short across the globe, this also leads to a shortage of DDR5 memory, and thus we should expect even higher prices till things get better.

Micron and MediaTek collaborate to get their LPDDR5X on the market