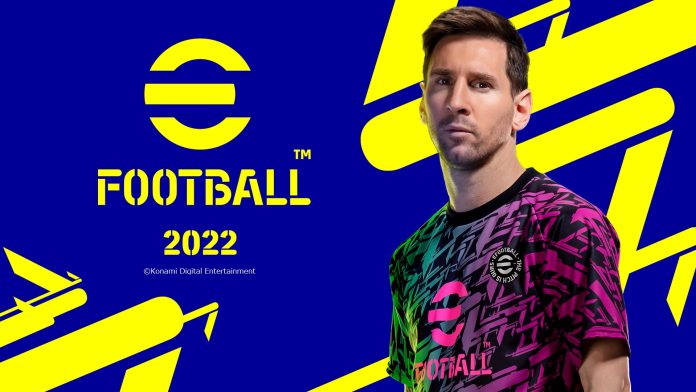 eFootball 2022 has received a new patch version 0.9.1, however, it’s just a minor release which will be a stepping stone towards the larger 1.0.0 update which the studio has scheduled for November 11th.

However, KONAMI has recently announced a delay of this highly anticipated patch to Spring 2022 as the studio has also cancelled their Premium Player Pack and announced that anyone who purchased it before will get automatic refunds.

We would like to inform you that the v1.0.0 update for football 2022 (available now on PlayStation 5, PlayStation 4, Xbox Series X|S, Xbox One, Windows, and Steam), scheduled to be released on November 11, 2021, has been postponed until Spring 2022. Also, we would like to announce the cancellation and automatic refunds of the eFootball 2022 Premium Player Pack, which includes items that can only be used in-game after the v1.0.0 update.

We have been working diligently towards distributing an update that will bring new content to the game, including a new mode where you can strengthen and play with an original team, as well as support for mobile devices on November 11, 2021. Unfortunately, we have concluded that more time is needed to deliver the product in the quality that will meet the expectations of our users and have decided to postpone the delivery.

Also, we have decided to cancel the preorder for the eFootball 2022 Premium Player Pack, which includes items that can only be used in-game after the update.

We will release v0.9.1 to fix numerous bugs sequentially on each platform starting today (November 5). We will continue to improve and update our game. We will announce details of further updates and schedules for the mobile version later.

We sincerely apologize for the inconvenience this causes our users and other stakeholders who have been looking forward to this title.

eFootball 2022 by KONAMI  launched on September 30th essentially as a demo by KONAMI’s admission, and the game’s roadmap shows quick updates which will bring new content and gameplay features to the free-to-play game.

- Advertisement -
Powered by JustWatch
Share
Facebook
Twitter
Pinterest
WhatsApp
Linkedin
Previous articleYorkshire player of Asian heritage complaints about racism and misconduct from a teammate, in wake of Azeem Rafiq allegations
Next articleApple’s first OLED powered MacBook models might not hit the market until 2025