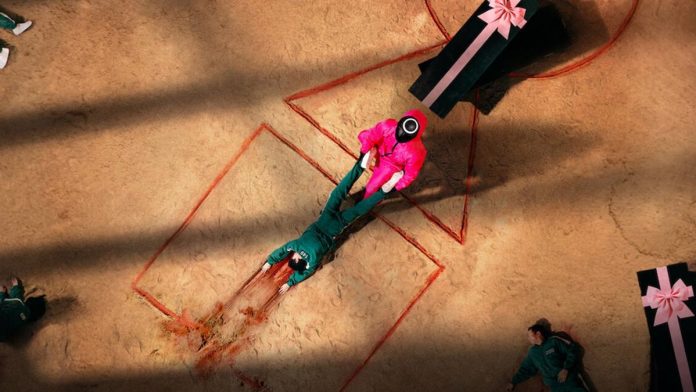 This week, all the OTT platforms will release all categories of the web series, whether a thriller, rom-com, action, or horror. In October, there are several series on which audience have shown their love by watching mostly.

Here is a list of the top 10 most-watched monthly Web Series in October:

This show is featuring Jason Sudeikis as a positive perpetual football coach who has taken a gig by helming an English soccer team, it has become one of the blockbuster hits on Apple TV Plus. The company is fledging the streaming service. It is the main reason that it just looks as charming as season 1, with a lot of folksy expressions and also with the same actors of beloved characters.

The third season of the YOU series has got its big exposure on 30th August 2021. After ending the shooting of the movie earlier in 2021. It is expected that this season will hit on Netflix before ending of the year. After releasing season 2 just before a month, Netflix has confirmed the renewal of the famous psychological crime drama for the third season. It is expected as the second season of this series has already been viewed by 54 million people. This series just gets its life on Netflix as a Lifetime series.

It is a story of a family that has been attacked by demons and only two members survive Tanjiro and his sister Nezuko who has turned into a demon slowly.

4. House of Secrets: The Burari Deaths

It is a three-part documentary series. The theories have been surrounded by the demise of 11 members of the same family on 30th June 2018. It has been directed by Leena Yadav and Anubhav Chopra. A. R.

2. Only Murders in the Building

This show has been followed the story of their strangers who have played by Steve Martin, Martin Short, and Selena Gomez who has shared an obsession with the true-crime podcast. After the murder of the affluent Upper West Side apartment building, the three neighbors have decided to begin their own program that will cover their investigation of the murder case.