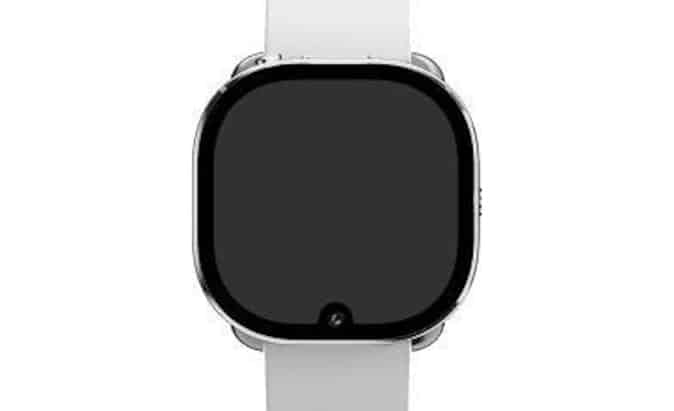 Just after some days of changing its name from Facebook to Meta. A major leak is coming regarding the upcoming smartwatch of the company. Based on a leaked image revealed in a Bloomberg report, Meta apparently is developing a smartwatch whose design looks as same as Apple Watch, has a similar large display and frame but could have more revolutionary features.

First of all, the watch in the image shows a notch, which could imply that it may feature a front-facing camera. The watch in the photo is turned off, but this tiny bead that seems to be a camera eye is quite prominent.

The photo was discovered inside the social media giant’s app for its Ray-Ban Stories smart glasses, the Bloomberg report noted. The watch, coded “Milan,” may not be the exact version that prospective owners will get to see, but is a major confirmation about Facebook’s plans reported earlier.

While this wouldn’t be the first smartwatch with a camera, this could give Meta a step up over some of the best Android smartwatches on the market, including the Apple Watch. It would bring an additional level of communication, allowing users to video chat with each other. This is something the company has focused more heavily on, not only with its VR products but also with its portal devices.

According to Bloomberg, Meta is hoping to launch a Meta smartwatch as early as 2022, but nothing has been finalized yet. Further, Facebook’s parent company is reportedly already working on three generations of products that will be released at different times.

This isn’t the first time we’re heard of a smartwatch from the company. In February, there were talks of a Facebook smartwatch in development that would feature an OS that sounded a lot like Wear OS. It would come with health features and cellular connectivity, which makes sense if the company expects video calls from the wearable.