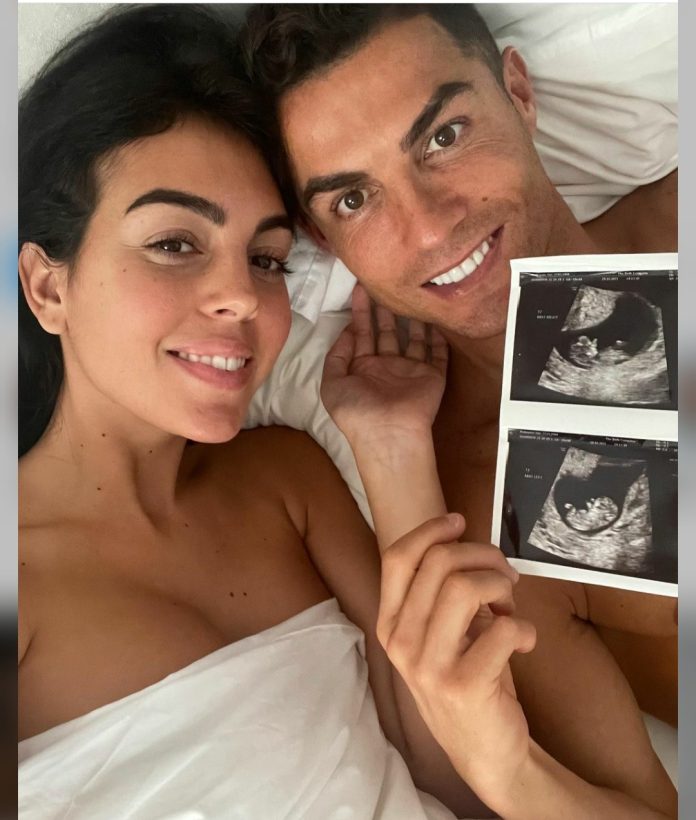 Five time Balon d’Or winner and Manchester United superstar Cristiano Ronaldo has made a surprising revelation on Instagram. The Portuguese forward has announced that he & his partner Georgina Rodriguez are expecting twins.

Ronaldo posted a sweet picture with her beau Georgina while holding their baby scans and also shared a picture of his four kids in the next slide. Subsequently, he captioned this picture “Delighted to announce we are expecting twins👶🏻👶🏻. Our hearts are full of love – we can’t wait to meet you ❤️🏠”

According to some sources, Ronaldo’s partner Georgina is three months pregnant. Hence, the birth of his twins would mean that Cristiano Ronaldo will now have six kids. Interestingly, the Portuguese forward had expressed in 2017 that he wished to have seven kids.

So with the birth of the twins approaching, the Manchester United superstar’s wish is not too far away. Meanwhile, Cristiano’s beau Georgina Rodriguez who is a model had also indicated last year that she hoped to have more kids.

“My desire for motherhood is stronger than anything. I hope to have more children.”

All the Kids of Cristiano Ronaldo and Georgina Rodriguez

Cristiano Ronaldo is already a father of four children with three of his kids born to surrogate mothers. Among his four children, Cristiano Jr who is 11 years old is the eldest. Following Cristiano Jr are his twins Eva and Mateo who are four years old.

A year later after the birth of his twins, the Portuguese forward shared birth with Georgina to a daughter named Alana who is three years old.

The five-time UEFA Champions League winner met Georgina Rodriguez in 2017 while she was working at the Gucci store as a sales assistant. Thereafter the pair started dating and are living very happily.

Currently, Cristiano and Georgina are settled in Manchester with their four kids. Ronaldo’s son Cristiano Jr is already enrolled in the same school where Wayne Rooney’s son Kai Rooney.

So one can expect Ronaldo and Wayne’s children to play together for the same school.

Also Read: Is it possible that Cristiano Ronaldo’s return to Manchester United was a mistake?

What are the Parameters for becoming a FIFA recognized standard football stadium?