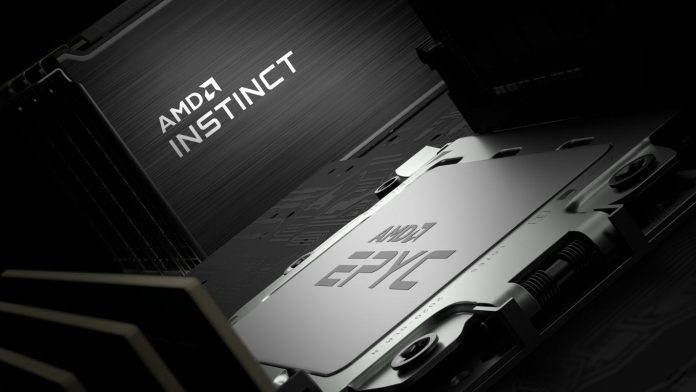 Come 8th November, Advanced Micro Device or AMD, who I a world leader in the data centre CPU market will premiere its ‘Accelerated Data Center’ virtual event, and as the name suggests the event will be held virtually. We will get to see featured presentations from AMD’s CEO, Dr. Lisa Su, and other top executives, and rumour has it that the main topic of discussion will be the company’s next-generation EPYC CPU and Instinct GPU platforms.

For now, AMD didn’t provide any information as to what new products or announcements they are going to announce during the event, but a tweet by AMD’s Director of Marketing hints that we are going to see both Instinct GPUs and EPYC CPUs during the Livestream.

AMD’s existing roadmap is coming to an end and it’s prime time for the company to unveil a brand new data center roadmap & keep things interesting with the announcements of new EPYC and Instinct families.

The event will be accessible to the public at www.amd.com/en/events/data-center starting at 11 a.m. ET. A replay will be available and can be accessed after the conclusion of the Livestream event.

We are already aware from previous reports that AMD’s Milan-X EPYC CPUs are expected to be launched soon as they have already been spotted in retail listings. Further, there are rumors that the new Milan-X chips will be featuring 3D V-Cache stack technology similar to the ones that AMD has promised for its Zen 3 based Ryzen CPUs coming to the AM4 socket in Q1 2022.

The biggest announcement of them all is the MI200 series which is expected to include the Instinct MI250X and Instinct MI250. The new series will bring a huge boost in compute performance and will also be the first MCM GPUs for the data center which the company has to offer.