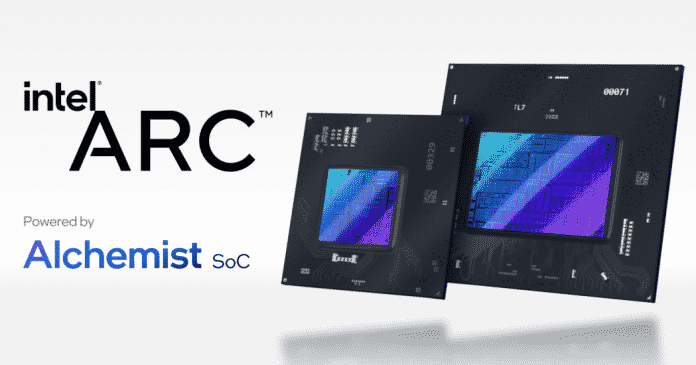 With the arrival of the Alchemist GPU lineup, Intel will officially set foot in the GPU market and the competition will heat up in the graphics segment. And in the latest terms and conditions for the upcoming second phase of the Xe-HPG Scavenger Hunt might just have revealed the estimated pricing of the upcoming Alchemist GPUs from Intel.

The prize includes two graphics card models representing Premium and Performance tiers in first-generation Arc GPU and they both are estimated to be around 900 USD and 700U SD. However, they also come with 6 or 3 months of Xbox Game Pass for PC and Intel Arc merchandise.

Folks at Tom’s Hardware calculated the value of the bundle and concluded that the GPUs might be worth 825 USD and 650 USD respectively for Premium and Performance models. As we know, for a monthly subscription to Game Pass PC, Microsoft charges around 10 USD, which gives 60 USD for 6 months.

Additionally, the graphics maker will also be bundling some merchandise with the GPUs, such as the Arc T-Shirt. The t-shirts have been valued at 54 USD.

Intel will be launching its Arc Alchemist discrete desktop GPUs in the second quarter of 2022, and the mobile SKUs of the lineup will be launched around CES 2022 with next-gen laptop designs. Arc Alchemist graphics cards are to offer up to 16GB of GDDR6 memory and 4096 FP32 cores.