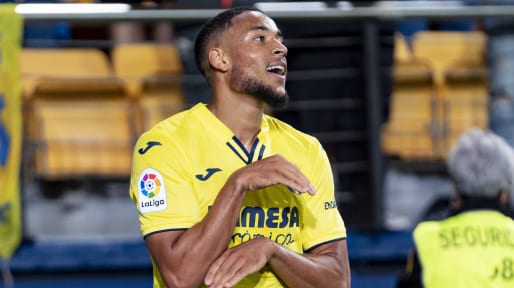 Arnaut Danjuma of Villarreal is slowly making a name for himself in La Liga. The player joined Unai Emery’s team this summer from Bournemouth in a deal worth €23.5 million. And so far, the Yellow Submarine is getting a great return out of their investment.

In La Liga, Danjuma has scored 4 goals in 6 appearances, among which, he has a goal against the reigning champions of Spain, Atletico Madrid. The winger has also opened his account in the Champions League.

The stats show that he is actually a more threatening attacker than Karim Benzema of Real Madrid, who is without a doubt the best player in Spain right now. Danjuma averages 1.16 goal contributions per 90, which is above Benzema’s 0.82 goal contributions per 90 without penalties, according to FBRef Stats. The Netherlands international’s numbers are the best in la Liga, while Benzema is in third place.

Since Benzema is the first choice penalty taker for Real Madrid, he is more likely to get a higher number of goals. Moreover, he is simply on another level and has years and years of experience in the Spanish league. While comparing Danjuma and Benzema won’t really be meaningful, the 24-year-old is clearly showing a lot of promise at his new club.

While Danjuma’s numbers will likely even out as the season rolls on, he is slowly starting to show that he has the quality to play at the top level. Unai Emery’s team clearly has a very valuable asset in the Dutchman.