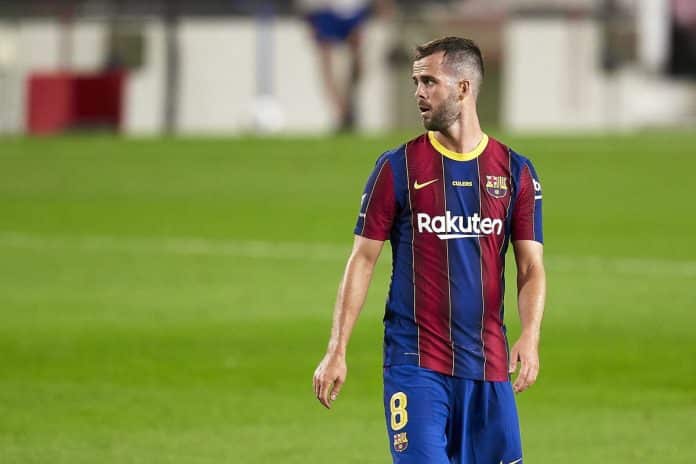 Miralem Pjanic has spoken out about Ronald Koeman and his managerial drawbacks during his time at Barcelona. The Bosnian made the move to Turkish club Besiktas in the final days of the transfer window, on a loan deal.

He was cited by Marca, saying: “I still don’t know exactly what Koeman wanted. He didn’t try to explain things to me or to try to find a solution.

“It was me who was going to ask him what he wanted from me, about his position, whether I am doing bad or good and to see if he could put me in the team quicker… to be useful.

“In a season, you need 17-18 players to win titles. But for him, there were no problems with my game, he didn’t give me answers.”

Pjanic only managed 19 La Liga appearances since making the move from Juventus in a swap deal involving Arthur Melo going the other way. The player spent a year at Camp Nou before being moved on to Turkey this summer.

Throughout his time at Barcelona, he was neglected by the former Dutch national team manager and was uncertain about his performance in the team.

Koeman’s double standards for himself and for the players has now come to light since he talked about treatment from the club when asked about his future recently.

“What do you think? It’s not even about being good or bad. For me, it’s the treatment that matters,” said the Barcelona boss.

- Advertisement -
Powered by JustWatch
Share
Facebook
Twitter
Pinterest
WhatsApp
Linkedin
Previous article“The Reunion”: The trailer of the incredible Family Drama series has been released
Next articleFacebook Whistleblower’s interview aired one night prior to its global outage