“Jaguar”: All the Latest Updates about the Spanish Action Thriller series 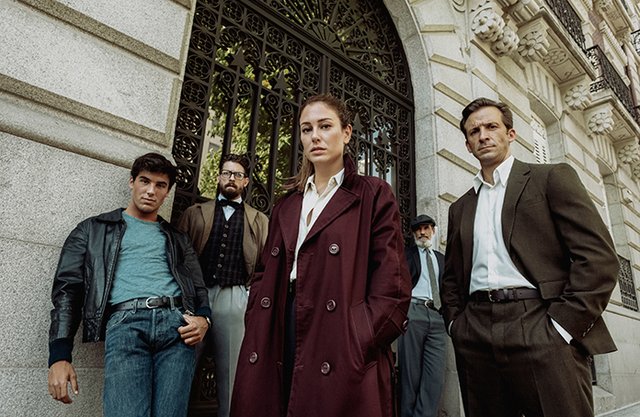 Netflix has released the trailer of the Spanish historical drama series from the creators of the incredible film Cable Girls and High Seas. The plot of the film is set in the 1960s.

The story of the series is based on Isabel Garrido who is a teen young woman who has anyhow managed to survive in the camp of the Mauthausen concentration at the time of Second World War After ending the war there are hundreds of Nazis who has fled to Spain to hide.

After entering Spain they start to rebuild their lives but hid their faces under a red cloth, for protection. There is still exists a group of people who have still remembered their crimes and faces.

They had made it the mission of their life to take revenge for the atrocities that they had been committed. In which one of the members is Isabel Garrido who is just waiting for the opportunity to hunt one of them named Bachman who is popular as the most terrible man in Europe.

Bachman has killed the entire family Isabel while she was very young. After starting the mission she comes to know that she is not alone in this mission, and she became united with the group of agents to find out justice and in this mission her code name is Jaguar. In this, we will see Isabel and her comrades have tracked down a man covering with a red cloth with his face. At last, the man has walked away and takes off the red cloth, and revealed that he is not other than Bachman himself.

This series will be featuring with Ivan Marcos as Lucena, Francesc  Garrido as Marse, Adrian Lastra as Sordo, and Oscar Casas as Castro, Stefan Weinert as Otto Bachmann, Lorenz Christian Kohler as Franz Ziereis. The filming was done under the production of Bamboo Producciones and it is co-created by Ramon Campos and Gema R. Neira who have co-written the story with David Orea, Salvador S. Molina, and Moises Gomez. The film is directed by Carlos Sedes and Jacobo Martinez.

This series will globally premiere on 2nd September 2021, on Wednesday on Netflix.