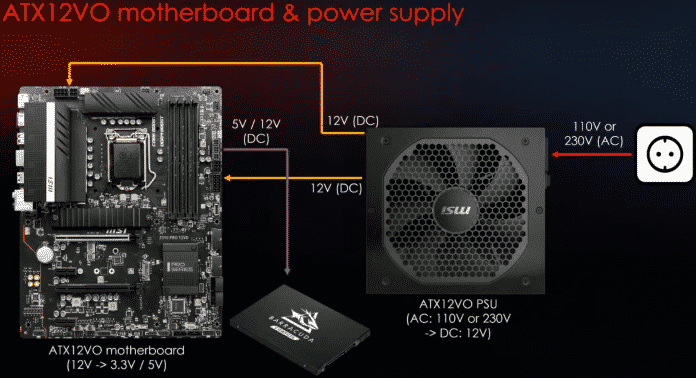 The recent rumor at the rumor town is that Intel’s Alder Lake will come to the market as soon as October. And it’s not just that the latest processor from intel will be housed in a motherboard and here’s the latest information about Intel’s Z690 motherboard.

As we know, it will be the top-end chipset for 12th Generation Core processors codenamed Alder Lake, and according to reports, the new boards will come with cutting-edge memory and PCIe connectivity. But, do remember that what we are sharing with you is all leaked information and needs to be taken with a pinch of salt.

We have also heard reports that the Z690 chipset supports both DDR4 and DDR5 DRAM meaning that the makers of motherboards will have to choose which memory it decides to support on the motherboard, and it will ultimately result in mixed motherboard offerings from board partners like Asus, MSI, and Gigabyte, etc.

Further reports also indicate that apart from having mixed memory support, the Z690 chipset has Gear 2 or Gear 4 modes for DDR5. The Gear tech allows the memory controller to run at half or quarter speed, depending on the data rate, to boost overall throughput.

The CPU outputs 16 Gen5 PCIe lanes, and the chipset will be offering up to 12 PCIe Gen4 lanes and up to 16 PCIe Gen3 lanes. This setup on the chipset will allow higher-end SSDs to be attached to the board, while also keeping GPUs on the newer PCIe bus standards.

Intel has also decided to upgrade its Direct Media Interface (DMI) connection, which now uses 8 PCIe Gen4 lanes for communication between the processor and chipset. The Z690 chipset also features support for solid USB connectivity with up to four USB 3.2 2×2 (20Gb/s) ports. As for WiFi, there are CNVio modules that support Intel Wi-Fi 6E, and possibly even Wi-Fi 7. However, the latter is less likely in the near term.