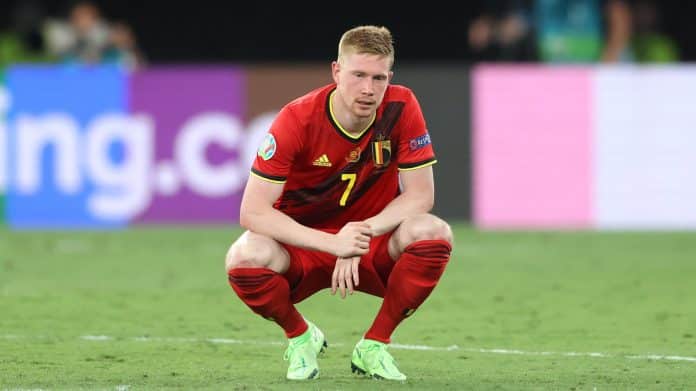 The midfield is known as the engine room of any team, and a strong midfield is key to the success of any team. These players provide support not only going forward, but also in defense and dictate the pace of the match.

So, here are the top five midfielders in the world right now. (Stats given are from their league appearances in 20/21)

The Germany international was pursued by several clubs this summer, but he ended up signing a new contract with Bayern Munich until 2026. The former Schalke man has established himself as one of the best and most competent box to box midfielders in the world while at Bayern.

Kimmich is rated as the crown jewel of the Bayern Munich squad, and is the future captain of the team. The midfielder is a starter for Bayern, as well as the German national team and is one of the best all-round performers in the world.

Few players can change the performances of a team as drastically as the Portugal international has. He is the focal point of their attacking play, and the numbers speak for themselves when considering his output under Ole Gunnar Solskjaer.

Kante’s role has changed over the years, and alongside being the best defensive midfielder in the world, he is now a ball carrier as well. The Frenchman is key to Chelsea’s defence and also carries the ball forward following turnovers, helping build the attack.

Although De Bruyne missed a fair portion of last season, he is without a doubt the best-attacking midfielder in the world. The Belgian international now also operates in a false-9 role under Pep Guardiola, expanding his role as a midfielder to a hybrid forward.

Top 5 most expensive attacking midfielders in the world in 2022

Top 5 midfield duos in football in the last decade