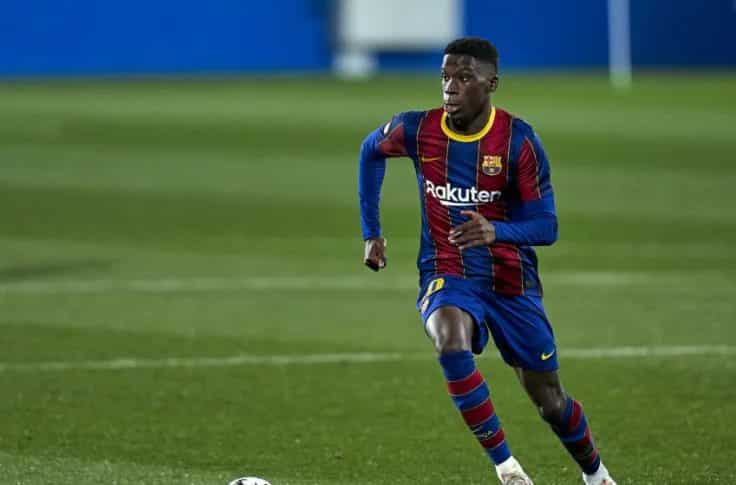 RB Leipzig are close to signing talented Barcelona youngster Ilaix Moriba as the replacement for their captain, Marcel Sabitzer. The Austrian is expected to leave for Bayern Munich in the upcoming hours, or days, and Moriba will be his long-term replacement in the squad.

Moriba came through Barcelona’s academy and had several opportunities in the first team, last season. As a result, he attracted interest from several clubs across Europe such as Tottenham Hotspur. While Spurs were close to agreeing a deal for the player, his entourage mentioned that Moriba had decided on Germany as his next destination.

Leipzig will pay Barcelona €20 million for the transfer, engaging in a net €4 million loss due to the €16 million sale of Marcel Sabitzer. The agreement between Moriba and Barcelona has been in place for weeks, and what could seemingly be after an initial loan deal, Moriba has a five-year contract agreed with Leipzig.

According to some sources, Moriba recently changed his agency to Rogon. The brand is not very well known in Spain but specialises in transfers to the Bundesliga. Some of their clients include Roberto Firmino, Marcel Sabitzer and Tilo Kehrer.

Leipzig made a €6 million bid for the player initially, and Barcelona are now seeing the player as a financial pawn. This is because the less Barcelona receive a bid worth, the less Moriba receives and the less Rogon receives. As a result, it seems to be some sort of tactic involving everyone.