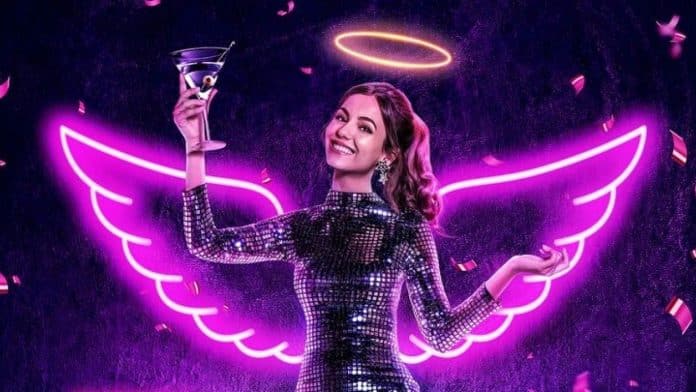 This September is going to be a blockbuster month for movie lovers. The people from the United States this month are a complete pack of films with the OTT Platforms. All the OTT platforms are ready to gear up to launch the monsoon blockbuster movies, it will provide a kick-off with their incredible September lineup. It is expected that in the coming days also it will fill its library with many original releases and shows. This September there are going to be release all categories of the film whether it is a thriller, rom-com, action, or horror.  This month is a complete package of the film with some original releases like Kate, action films, and also many films.

Here is a list of all films that will release in August 2021:

16. Afterlife of the Party

It depicts the story of a social butterfly named Cassie who has experienced the biggest party foul of all and she is also dying slowly during her birthday week. As she wants to give her surprise so she has gifted herself a second chance to make things right on the earth by reconnecting with her loved ones and most importantly it has proved that she is seriously worthy enough to enter the big VIP room in the sky.

It depicts the story of a Washington D.C. lawyer named Kenneth Feinberg who is fighting with cynicism, bureaucracy, and also politics to give some help to the 9/111 victims.

It is a Swedish love drama film that depicts the story of Elizabeth and John-John who are living in the same city but also have inhabited a completely separate world. Now we have to hold to watch about their destiny of the love. It will break through class and cultural barriers or not.

The film star Mary Elizabeth Winstead describes in her Entertainment Weekly Interview that she is a hard-core assassin who is on a job in Tokyo, and she has been poisoned. She has found out that she has 24 hours to survive before the dangerous poison kills her, so she goes on a mission in search of a person who has poisoned her and tries to kill them before she dies. She has been forged this bond with the young girl named Ani, and they have ended up taking on this mission together.

It depicts the story of a young man who is surviving on an island and retreat from a sinister force that hunts him and left the bodies in its wake.

It depicts the story of the young boy Alex who is very obsessed with the scary stories becomes trapped by an evil witch to the magical apartment and also will tell several scary stories each night to become alive and has teamed up with another prisoner Yasmin to find out the way to escape. It is based on the novel. It is nothing but the standalone story written by J. A. White. In this, the author has also written the series just like The Thickey and Shadow School.

The story basically narrates the tales of love, loss, and also longing in Mumbai city. The three of the love stories are very strange in which one is based on childhood romance which is good, the second one is about a man who finds love in a mannequin, and the third one is based on a couple who become the verge of separation. The story of the Ashwiny has been led by Abhishek Banerjee, Kunal Kapoor, Zoya Hussain, Nikhil Dwivedi, and Palomi features in the story of Saket. The story of Abhishek is based on the Kannada story Madhyantara by Jayant Kaikini features Rinku Mahadeo Rajguru, Dellzad Hiwale.

9. The Father Who Moves Mountains

It depicts a terrible journey of an officer to the mountain. After his son become missing at the time of the snowy hike in the mountains and after that, the retired intelligence officer will not stop at anything and take risk of everything to find out his son.

After becoming tired of the small-time grind there are three Marseille police officers who got the chance to bust the principal network of the drug.

7. Confessions of an Invisible Girl

The story of the film is mainly based on the best seller Confisssoes de Uma Garota excluda, mal-amada e dramatica. It has been written by Thalita Reboucas. It depicts the story of Rio de Janeiro who is a girl at the age of 16 who has been neglected from school or also even at home.

As her parents are unemployed and take a decision to move to the house of her grandparents the teenager become forced to start to a new school. This time she will try her best to not be bullied again, it is expected that this time she will make friends and have a social life. It is not very easy for her due to the popular girls Valentina and Lais, and also the most invisible Davi. And Zeca has to arrive with her allies and try their way to crush Erickj and Dudu.

At the time of weekend while a couple of old friends have organizes in their latest home but while all thing become perfect to get to bed after drinking and catching up of the long night, all four couple become threatened by a stranger who had armor.

It is an action film that depicts Maxi who is the survivor of the terrorist attack and gets participated in the beguiling Karl and also has become part of a European movement of the European youth.

In this, we will see her as a grieving woman. In this film, we will be going to see the reunion of McCarthy with the director Ted Melfi having the co-star Chris O’Dowd with whom she had worked on the film 2014, St. Vincent. The trailer starts with the character of McCarthy’s, Lily who is watching fireworks just next to her husband, Jack after he has touched her pregnant stomach.

In this, we will see that there are several people who are seen to be wandering along with the relationship just near to the border of friends and lovers. This border is known as the zone but for this, they have to keep their romantic feelings to each other.

2.No One Gets Out Alive

It is a story of an immigrant who is searching for the American dream who has been forced to take the room at the boarding house and has found herself in a nightmare and she cannot escape.

The film revolves around a woman whose former love has come back to her life after knowing that she should not return back him, now Maca has to confront her feelings thus Netflix is describing its current romantic comedy.

Maca, who is a fashion assistant just has got her life together after happening a devastating breakup while Leo, who was the man who broke her heart returns, we will see Adriana and Jime all of the three will got the lesson that love can be complicated.