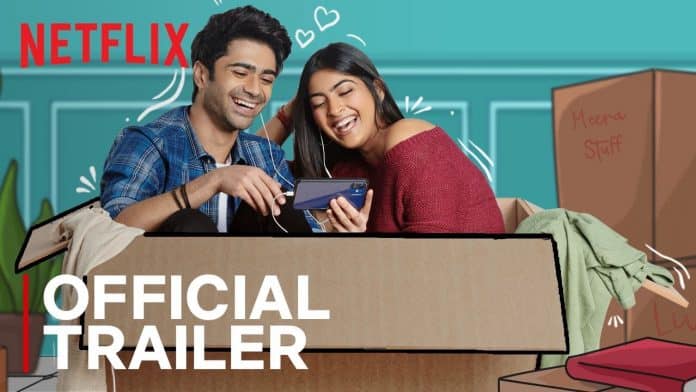 Netflix released the official trailer of the upcoming love drama YouTube show ‘Aryan & Meera: A Netflix India’. The show is mainly based on the story of a cute couple Aaryan Khanna and Meera Rao. This show is really another unique handmade story.

These two love birds are dating each other for a year, and after dating for one year, they have now decided to move finally together. It also contains many funny moments like while some outsider has asked them about their relations they answered they are siblings and this way they are living together in the same house.

It was seriously a big step in their life, and they find it right. They are truly in love, like there is nothing to worry about if they both have stayed together. There are no relationship in the world contains only sweet moments because if the couple doesn’t fight with each other, the relationship will not become strong so naturally in this, we will also see some ups and downs that they will face in their life.

No one is perfect in this world, so there are things that one cannot like about his partner. In this situation, adjustments are the only key. They got a big surprise after the sudden arrival of the grandfather and grandmother. On the day of their anniversary, Aaryan has invited their old friends and forgot to tell Meera. Meera is a lawyer. Now they start to fight with each other as Aaryan assuming that Meera has lied to him, but Meera starts to realize Aaryan that he is the only one the holds her accountable for every small thing that she has said.

The grandfather tells them it is very natural to fight, which indicates that both of them are caring for each other. After that, things become normal slowly with time, and they celebrate the birthday of the grandmother. This show is mainly a mixture of romance, fights, doubts, life, friendship, and definitely love. It is a feel-good show that depicts the sweet love story of an Indian couple.

This show has set to release on 25th August 2021. You can watch this show only on The Netflix India YouTube Channel. It contains four episodes.

Here is the Trailer: