The Crown Season 5: All the details about the trailer, cast, production status, and release date 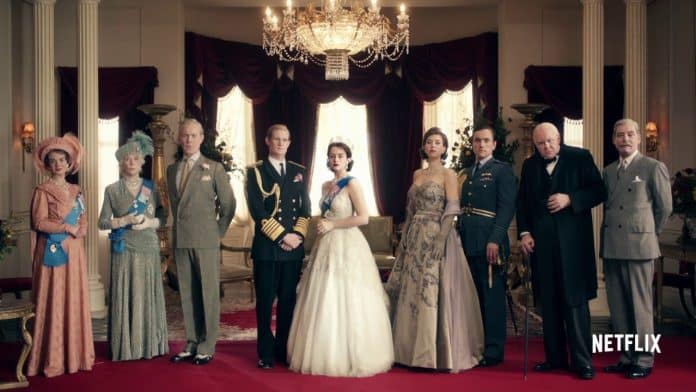 The Crown is a 2016 historical drama TV series. It is created and written by Peter Morgan. The series is produced by Andrew Eaton and its production companies are Left Bank Pictures and Sony Pictures Television. The series is developed from his drama film The Queen (2006) and especially his stage plays The Audience (2013). It consists of 5 seasons while all four seasons have already been released, the fifth one is on its way to get released.

The series is all about the reign of Queen Elizabeth II. The first season was about the period of Elizabeth’s marriage. The second season was all about the period from the Suez Crisis in 1956 to the retirement of Prime Minister Harold Macmillan in 1963 and the birth of Prince Edward in 1964. The third season shows us the period span of 1964 to 1977 and the fourth one presents us the time span of 1979 to the early 1990’s it includes Margaret Thatcher’s tenure as prime minister and Prince Charly’s marriage to Lady Diana Spencer. It is expected that the fifth and sixth seasons will close the series and will cover the Queen’s reign into the 21st century.

The crown has become strengthen and strengthen by its passing seasons. The polarising drama has attracted millions of subscribers as the life, and the current reign of Queen Elizabeth II is explored. The Crown is one of the most expensive TV series that Netflix has offered. It is estimated that the first season costs roughly $100 million to produce.

In this season executive producer, Suzanna Mackie may not be involved as she has recently signed an exclusive output deal with Netflix under Orchid Pictures.

Historical Events that covers in this season

The 1990s arguably was one of the challenging years of Queen Elizabeth’s reign. In particular, the Queen has lamented that 1992 was her “annus horribilis” (horrible year), which was rocked by royal scandals and political discord.

In 1992, Queen Elizabeth’s three of the four children get separated or divorce from partners. The most famous separation was of Princess Diana and Prince Charles.

Public opinion towards the royal family took a huge hit in the decade. It has risen in republicanism amongst some of the population. Maximum discord was aimed at Queen Elizabeth directly and more towards the behaviors of extended members of the family between Queen Elizabeth and her subjects.

In British history one of the most controversial events took place in the year 1997 which took place in Paris. When Diana was killed in a car crash. the Queen and Duke shielded Princes William and Harry from the onslaught of the press, which in turn caused public opinion to waver when in the eyes of the public, the Queen had not addressed her former Daughter-in-Law’s death.

Historical events we’re likely to see in season 5 of The Crown:

Olivia Colman’s time as Queen Elizabeth, Clarie Foy before her in The Crown is now over. The cast members in the third and fourth seasons of The Crown are going to be replaced by a new cast that will portray the ageing members of the Royal Family, respectively.

Here we present the list of new cast members, who will be featured in the upcoming fifth season of the series:-

Netflix has revealed a picture of Dominic West in his role as Prince Charles.

There is also an update on the supporting cast, which will also replace some previous actors from seasons 3 and 4 of the series respectively.

Here we present the list of the names along with its role:-

It has been confirmed that the Fifth season of The Crown is not going to release before 2022. It is due to the Left Bank Pictures as they are taking a break in between the filming because the cast changes for the final time.

The Crown returns for Season 5 with ten episodes.

Will, there be a Sixth Season of The Crown?

While the series was renewed for the fifth season it has been announced that it would be The Crown’s last. But in the following months, creator Peter Morgan has decided to reverse the decision. The sixth season is going to be the final season of The Crown will be coming to Netflix in 2023.

Morgan had the following to say about the decision to renew the series for a sixth season:

As we started to discuss the storylines for Series 5, it soon became clear that in order to do justice to the richness and complexity of the story we should go back to the original plan and do six seasons. To be clear, Series 6 will not bring us any closer to the present day — it will simply enable us to cover the same period in greater detail.

Fans were delighted to learn the news when Netflix announced the news on Twitter.