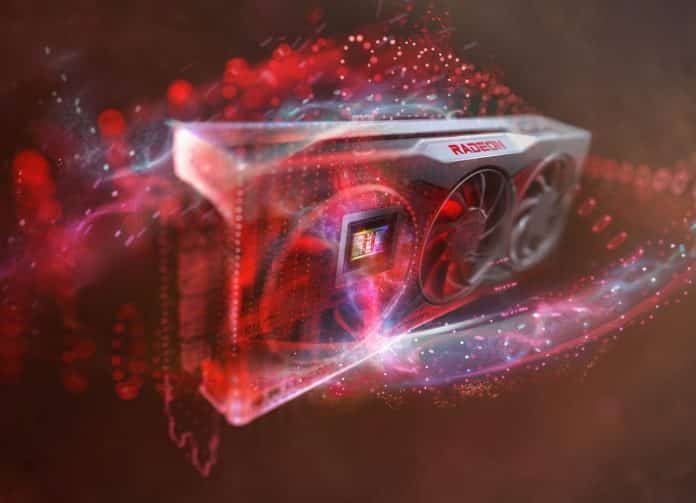 Advanced micro devices,  the biggest rival of Intel has just officially confirmed its two next-generation RDNA3 graphics cards. Not just that but the chipmaker has also confirmed its Navi 31 and Navi 33, which have been added to the support list of the ROCm GPUOpen platform.

This update was spotted by the leaker Komachi, at the latest developer tools update for AMD’s ROCm OpenGL platform which lists down the next-generation RDNA 3 based Navi 31 and Navi 33 GPUs.

This will be the flagship chip of RDNA 3 and will power the next-generation Radeon RX 7900 XT graphics cards. There are also rumours that AMD will drop CU (Compute Units) in favour of WGP (Work Group Processors) on its next-gen RDNA 3 GPUs.

We have also heard various rumours stating that the upcoming are RDNA 3 graphics card is going to outperform NVIDIA’s upcoming graphics cards. As for whether these rumours are true only time can tell.

The graphics card feature a single die and will be very similar to the flagship Navi 21  graphics card and we’ll make complete utilisation of this 6 NM process node used for its fabrication. GCD has 2 Shader Engines and each Shader Engine has 2 Shader Arrays (2 per SE / 4 in total). Each Shader Array is composed of 5 WGPs (10 per SE / 20 total) and each WGP features 8 SIMD32 units with 32 ALUs (40 SIMD32 per SA / 80 per SE / 160 total).

This graphics card will also carry up to 256 MB of infinity catch and will also feature two memory connect links of 32bit. This makes the graphics card have a total of a 128-bit bus interface.