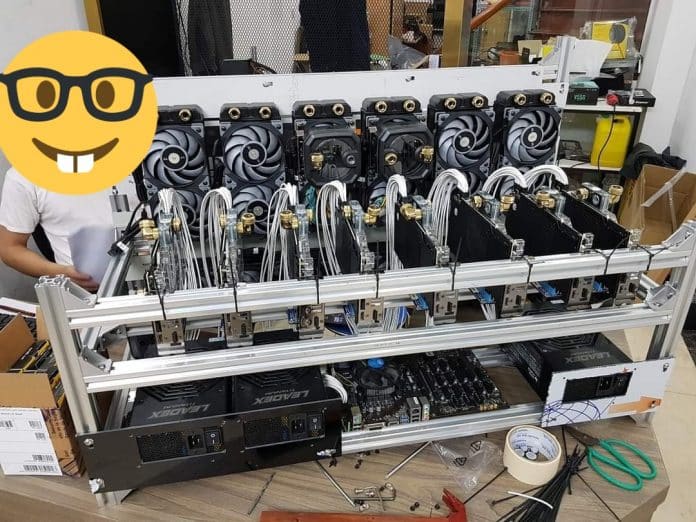 According to the latest news, due to the latest and vigorous crackdown from Beijing, the Chinese Bitcoin mining firm, Optimum Mining Host, is trying to move 1 million Bitcoin mining rigs from China to Canada over the next 24 months duration. The firm incorporated the help of the Black Rock Petroleum Company.

Virtual currency trading activities disrupt the normal economic and financial order, breed the risk of illegal and criminal activities such as illegal cross-border asset transfer and money laundering, and seriously infringe on the property safety of the people.

We have recently heard the news that the graphics cards in China have started to appear at low prices in the country’s second-hand market. however, they are all mining cards that do not have a high life expectancy. Also, the country’s hardcore cracking has left the miners with no choice but to also sell the laptops which they were using for mining.

Coming to the news, the recent partnership between Optimum Mining Host and Black Rock Petroleum Company shows how much trouble the mining firms are going through to get all their equipment out of the country amidst the pressure from their government.

Caledonian Mainstream (“Caledonian”) is an Alberta-based company and the owner/ operator of 14 producing liquids-rich natural gas wells at Quirk Creek, Caledonian will become a wholly-owned subsidiary of Black Rock upon completion of the recently announced transaction and Black Rock will utilize the site to host and operate up to 200,000 of the one million bit miners with 300,000 mining machines at the second site in Alberta and 500,000 at a third site to be identified shortly as negotiations are concluded.

As of now, there is no information as to whether the cost of operating all the bitcoin mining rigs will be split, but for now, it is a strong possibility that the costs would indeed be split between the two.