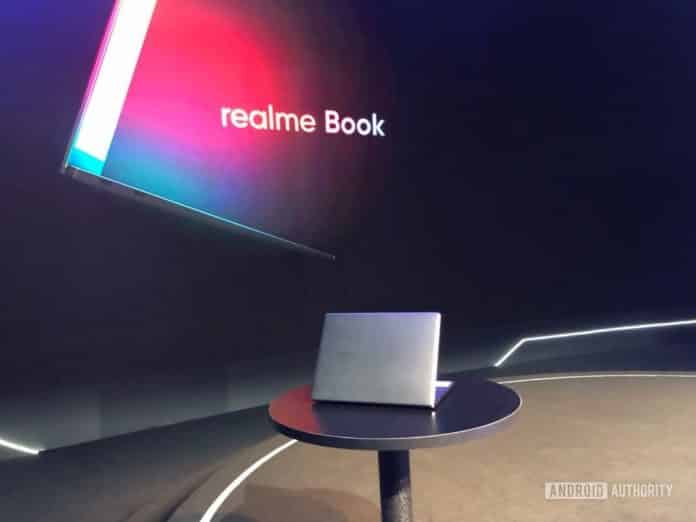 Yesterday Realme’s India and Europe CEO Madhav Seth had shared the first glimpse of the first Laptop that is going to be launched pretty soon. The laptop is indeed named Realme Book similar to the name of the Apple MacBook. Android Authority has obtained images of a prototype of the Realme Book laptop. The surroundings from where the images have been captured seem like a stage of any launch event. The Realme Book might also launch alongside the Realme GT on 15th June on the global platform.

Now coming to the display of the Realme Book. The Realme Book will have a 3:2 display aspect ratio inspired by MacBook. It seems that the company is trying to make the aspect ratio of this laptop a key selling point of the products.

Other than these confirmed information, we only know that the Realme Book will be a Windows laptop only because of the company’s pricing history. Realme might also include Type-C ports which is very likely and looking at the slim design of the laptop this might also be the actual case.

Apart from all these, we are currently unable to provide any other information about this upcoming Realme Book, neither we can say the exact launch date. But of course we can expect that Realme will announce it on 15th June alongside the Realme GT and another new product named Realme Pad.