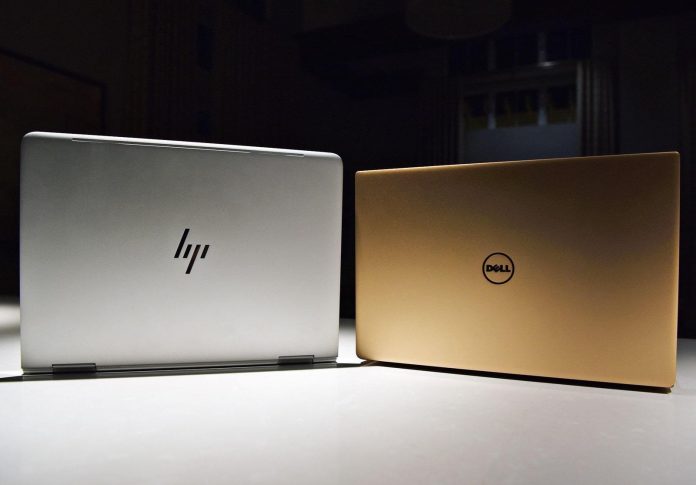 HP Inc. and Dell Technologies Inc. have both reported revenues that exceed analysts’ estimates on strong spending from consumers and companies on laptops and desktop computers.

HP said in a statement on Thursday that fiscal third-quarter profit, minus certain items, will be 81 cents to 85 cents a share. On average, analysts estimated 75 cents. The fiscal year 2021 earnings will be $3.40 to $3.50 a share. These values are also well ahead of analysts’ projections.

According to data compiled by Bloomberg, sales gained 27% to $15.9 billion in the second quarter compared with an average analyst estimate of $14.9 billion. Excluding some items, profit in the April period rose to 93 cents a share while analysts projected 89 cents.

The Palo Alto, California-based company has experienced a surge in demand for laptops needed during the work and study-from-home periods caused by the Covid-19 pandemic, and those sales are persisting, Chief Executive Officer Enrique Lores said. The printing and supplies business, helped by more companies reopening their offices and stocking up again, has also rebounded strongly.

“We think many of the changes that the pandemic has brought are here to stay with us in the future,” Lores said in an interview. “We are confident in the future of the PC business, this year, next year, and beyond.”

Printing sales climbed 28% to $5.3 billion while revenue from Personal Systems, mostly computers, rose 27% to $10.6 billion in the period ended April 30.

In the Personal Systems unit, accelerating from last quarter’s 34% expansion, sales to consumers jumped 72%, while revenue from corporate customers gained 10% from a year earlier.

Amid the global chip shortage, Lores said HP has secured enough supply of chips to support the company’s growth projections. The industry is in an “inflationary environment” in terms of prices for components, but is able to compensate by charging higher prices itself, he said.

Dell said in a statement on Thursday that first-quarter sales rose 12% to $24.5 billion. According to data compiled by Bloomberg, that compares with analysts’ average estimate of $23.3 billion. Profit, excluding some items, was $2.13 a share while analysts projected $1.60.

Dell CEO Michael Dell is trying to transform his eponymous company into a seller of subscription-based computer services and reduce its reliance on one-time hardware sales. It still gets about half of its revenue from PC purchases by companies and consumers.

The Round Rock, Texas-based company shares closed at $99.70 in New York and the stock has increased 36% this year.

The company said that revenue from consumer PCs rose 42% to $3.5 billion in the period that ended April 30. That compares with a 19% expansion in the prior period. PC sales to business and government agencies were now $9.8 billion, which is up by 14%.

Sales from VMware Inc., which is majority-owned by Dell, were up 9% to $3 billion. Dell had earlier announced that it will spin off its stake in VMware and create two publicly traded companies to raise cash to pay down debt.

According to a Bloomberg report, “the spinoff will unwind, at least in part, a consolidation created five years ago in Dell’s $67 billion acquisition of VMware’s parent, EMC Corp. The spending spree helped Dell branch out from its origins as a personal computer maker, but left the company saddled with debt.”

At the close of the deal, expected by the fourth quarter, VMware will distribute a special cash dividend of $11.5 billion to $12 billion to shareholders. Dell, which owns 81% of VMware, will receive a payout of as much as $9.7 billion.