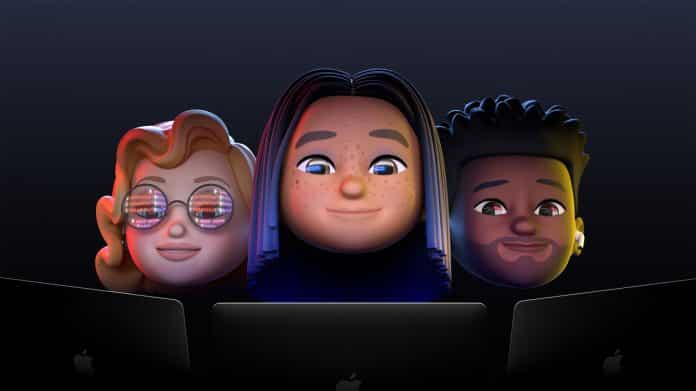 The Cupertino giant has been planning to launch new MacBook Pros pretty soon with 14-inch and 16-inch displays respectively. Multiple tipsters and leakers have confirmed them coming with new Apple’s next-gen in-house silicon M1X or M2, whatever Apple calls it.

Apple has recently shared a WWDC 2021 image ahead of its annual developer conference that kicks off in just two weeks time. Now this image has a secret message inside it that hints at a new MacBook launch coming up pretty soon.

As we see in the reflection of one of the character’s eye are 3 emoji characters referenced via their unicode name. These suggests: Fork and knife, sleeping z’s and the MacBook emoji.

So, this could mean the potential launch of the new MacBook Pros and it makes sense to unveil at WWDC because a lot of developers who develop these apps use MacBook Pros.

Also, to confirm this assumption, the reliable tipster Jon Prosser has also confirmed the launch of upcoming MacBook Pros at the WWDC 2021.

As we know how color accurate and high brightness displays are with mini-LED backlighting and now MacBook Pros will get a major revamp in display as well as its design. These models are also expected to feature next-generation Apple silicon chips maybe M1X or M2 chip confirmed recently.

Also, it is expected that these redesigned 14 and 16-inch MacBook Pro models will have a new edge-to-edge display, no Touch Bar and we could see the return of MagSafe magnetic power cable as well as HDMI port and SD card slot. A lot of excitment surrounds the upcoming MacBook Pros and with time we can eventually discover more info or leaks about them.