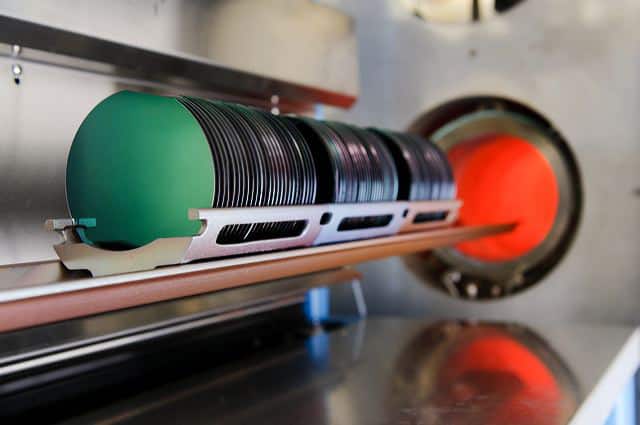 The global semiconductor crisis has gripped the CPU and GPU manufacturers and has made them waiting in line to get their hands on chips to manufacture their silicon’s. According to recent sources, Advanced Micro Devices (AMD) has amended its agreement with GlobalFoundries Inc.

AMD sources chips manufactured on the 12nm and 14nm process nodes from Global Foundries for the unknown. The rest of the company’s products are manufactured by the Taiwan Semiconductor Manufacturing Company (TSMC).

GlobalFoundries is one of two chipmakers currently operating in the United States. However, it does not manufacture semiconductors on the leading-edge 7nm and 5nm process nodes. As a result, most of the semiconductor bulk is concentrated on the Asian continent. TSMC and Samsung have absolute control over the sector globally, with U.S. chip giant Intel Corporation racing to catch up.

According to the Amended and Restated Seventh Amendment to the Wafer Supply Agreement shared by AMD, GlobalFoundries will no longer be its exclusive supplier for the 12nm and 14nm nodes.

Specifically, GF agreed to a minimum annual capacity allocation to the Company for 2022, 2023, and 2024. The A&R Seventh Amendment also removes all prior exclusivity commitments and provides the Company with full flexibility to contract with any wafer foundry concerning all products manufactured at any technology node.

AMD has not stated any precise number for the shortfall amount, but it highlighted that it would purchase roughly $1.6 billion of wafers from GlobalFoundries from 2022 to 2024.