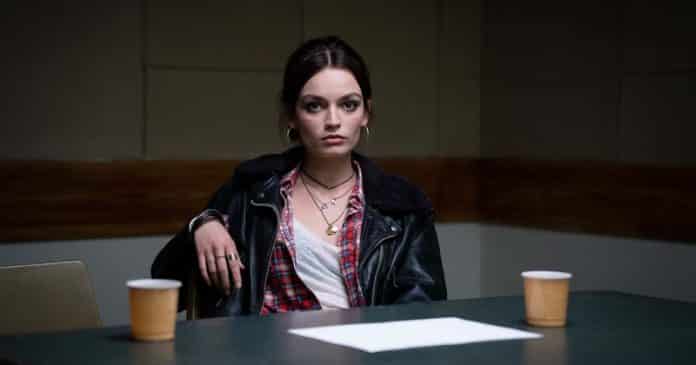 It has been confirmed that Season 3 of the most waited web series is set to release for the second half of 2021. It seems that the audience has to wait for a little time to return to it.

It is a British high school-based comedy series that is undoubtedly one of the best and desirable Netflix show yet. It is going to complete over a year that we have seen the latest episodes of this series.

Season 3 of Sex Education was announced by Netflix in February 2020, but after that, the pandemic situation has been slowed down the production of the series. After some time in September 2020, the filming for the season 3 episode started again and finished in March 2021.

They would come with a strong back half slate with the returning of some big blockbuster like Sex Education, The Witcher, La Casa de Papel(Money Heist), and YOU. There are many scenes on set pictures of the Ncuti Gatwa, Patricia Allison, and the other cast members. These pictures also offer a glimpse of the filming of the show.

We have to say that Netflix needs to understand exactly how much thirsty Sex Education fans are for the latest episodes. The streamer has marked the renewal announcement of season 3 with the teaser trailer. It is like the season 2 initial trailer featuring Gillan Anderson throwing a sultry monologue about the benefits of sex Ed. The trailer of season 3 is narrated playfully by Alistair Petrie’s Principal Groff.

It has been seen that the taciturn principal walking to the halls of Moordale High. There are also some passing portraits of the main cast of Sex Education, and he notes the future that could hold for each of them. The teaser of season 3 closed with an invitation in search of more in the Sex Education season 3.

The full cast of season 3 is not confirmed yet. Jason’s Isaac’s Peter Groff must prove their excellence to his headteacher brother, with their recording artist Dua Saleh as a returning student who will clash with the new headmistress Hope, which Jemima Kirke plays.

Sex Education(Season 3): Expectation of the next Season

The creator of the series and the writer Laurie Nunn already started working hard on the script of the third season before the renewal of the show by Netflix. In an interview, Nunn said about their tight working schedule for the series. She also said that she loves writing these characters. It was a big ensemble, and she thought the theme of the series is based on sex and relationship that offered an endless story opportunity.

Season 2 of Sex Education picked up its focus from Otis and instead lent equal time to the diverse characters around him. The latest queer of internet icon Eric gets most of the benefits from this shift. It allows for a nuanced and steps forward unto the struggles of black queer man. She is very popular as the teaser video for the third season is mainly focused on his blooming romance with Adam.

Asa Butterfield said that he is pleased with the first episode; he also has added that many things are changing and are very excited about it. He also said that he wanted more of Otis and Maeve. The relationship was left Otis a frustrating drunk love message on the phone of Maeve, like she is falling for the neighbour, Isaac.

If we see Eric is not the only student with love on the brain, the dancing scene of Otis and Maeve also knocks the brain. The final scene of the last season showed Otis’s confession about his love to Maeve through a Voicemail, but it was selected by Maeve’s new love interest so that she could not hear it.

There are a lot of threads who are supporting cast that definitely picked up in the season 3 episodes. Jean has ended in season two with the latest appreciation for emotional involvement with her partner Jakob for that a big thanks to her friendship with Adam’s divorced mother Maureen. There are a lot of students grappling with their identity and also their place in the world.

Previous article
Is Battlegrounds Mobile India launching on June 10?
Next article
Sony has been offered $200M by Epic for First-Party PlayStation Exclusives