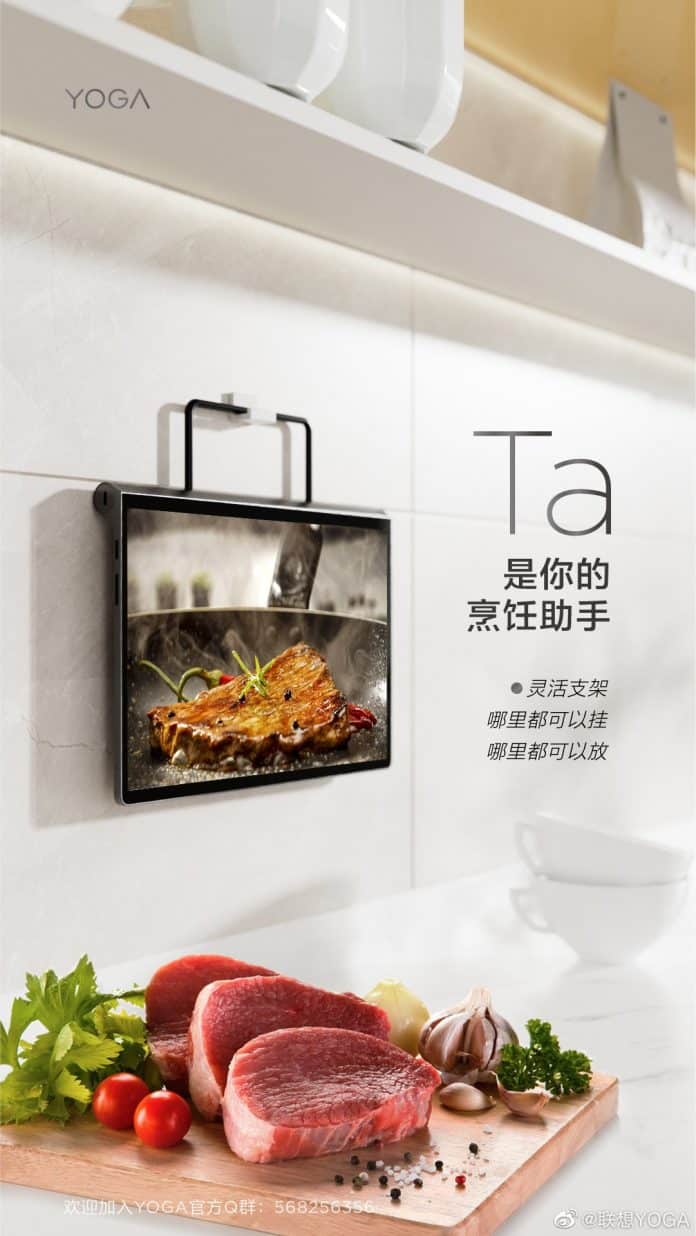 As of now the specs known to us regarding the Lenovo YOGA Pad Pro are that it supports Stylus with 4096 levels of pressure sensitivity which makes it a good choice for sketching as well. Judging by the front screen of the device it will be safe to say that the YOGA Pad Pro will be a premium model as it adapts a sleek and slender full-screen design with very narrow bezels on all sides.

The device provides for a high screen to body ratio and what is notable is, from the images revealed it appears to have a slim stand that aids it to be propped up in various different angles according to the user’s comfort.

The YOGA Pad Pro has 3 ports on the right side and one of them appears to be an HDMI in port. The specs of the YOGA Pad Pro had earlier been leaked showing that the slate rate will come with a high 2.5k resolution and support for 120Hz refresh rate.

The tablet comes with 4 symmetrical speakers and the slate packs a front camera positioned at a landscape orientation which makes it perfect for video chats.

The Lenovo YOGA Pad Pro will be powered by the flagship Qualcomm Snapdragon 870 chipset. Lenovo has not revealed the price or release date of the YOGA Pad Pro. It will release first in China and it is not clear if the company intends to release the device in other markets.