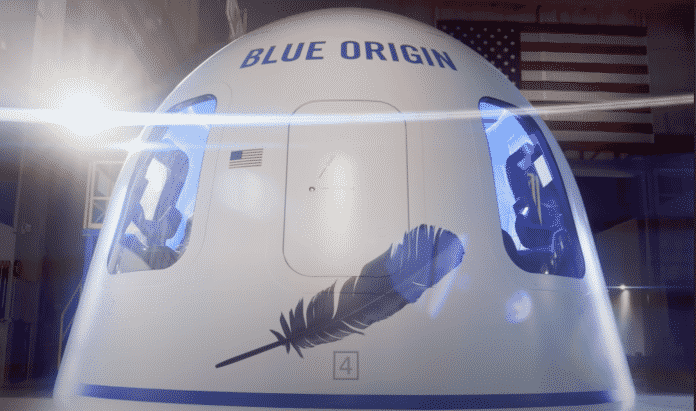 Space exploration and mission mars are full-on sways for the American-based space organizations. recently Jeff Bezos owned Blue Origin opened the bidding process for its first flight on the New Shepard vehicle set to take place in July. Using the bid the successful bidders can become part of the company’s crew and experience spaceflight at the edge of the Karman line – the border between Earth and space.

However, as part of the deal, the space organization will require the accompanying individual to meet the physical stresses of the mission, which involves experiencing more than five times the force of gravity during liftoff. Details of the physical requirements have been shared by retired Canadian Space Agency (CSA) astronaut Chris Hadfield on Twitter.

According to the released details by Hadfield, astronauts on the New Shephard vehicle will experience higher g-forces than astronauts on Space Exploration Technologies Corp.’s (SpaceX) Crew Dragon spacecraft did during their return to Earth.

Reports indicate that Blue Origin will require its crew to be able to withstand forces up to “five-and-a-half times one’s normal weight” during its return, which is too much to ask for really. However, the New Shepard crew will have a relatively shorter descent due to its journey only to the edge of the Earth’s atmosphere.

In the two stages on the Falcon, you’re just increasing your G load the whole time. So by the time the first stage engine ends you’re about 3.3 Gs, the second stage it just keeps going up and up and up till you’re about four and a half.

Other requirements for the new flight crew include being between 5 feet and 6 feet 4 inches tall and weight in between 110 lbs. and 240 lbs. They will also need to understand the instructions in English in a high-noise environment and expect them to climb to the top of the seventy-foot tall launch tower.