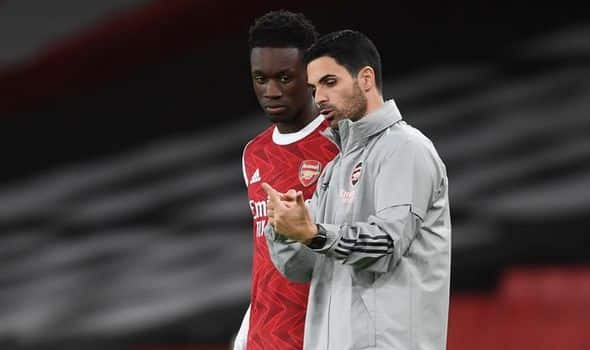 Arsenal youngster Folarin Balogun has signed a new contract with the club, extending his stay until 2025. The player was on the radar of numerous German clubs including Bayer Leverkusen, primarily. They made the biggest bid for the young forward, but nothing concrete materialised between the two parties.

The player received over 15 proposals from clubs across the continent, according to Fabrizio Romano. RB Leipzig were rumoured to be one of them interested in the youngster’s services, however they were discarded by the Italian journalist as never having been interested in him in the first place.

Balogun currently captains the Arsenal U23 team, and has scored 9 goals and provided two assists across 17 appearances in the Premier League 2. The 17-year-old has also featured for Arsenal’s first team in the Europa League and has scored a couple of goals in his 4 appearances in midweek.

The player was born in New York, and has American and English citizenship. He is also eligible to play for Nigeria through his parents. Most recently, Balogun featured for England U20 in October 2020.

The contract has been signed, with all details agreed between the two parties and the announcement is expected in the next few days or the next week. His now-previous contract was set to expire in the summer, which would see him become a free agent at that point. However, now that the contract is signed, the young striker will be expecting more playing time and a probable callup to the first team.