Manchester City closing in on Kayky from Fluminense 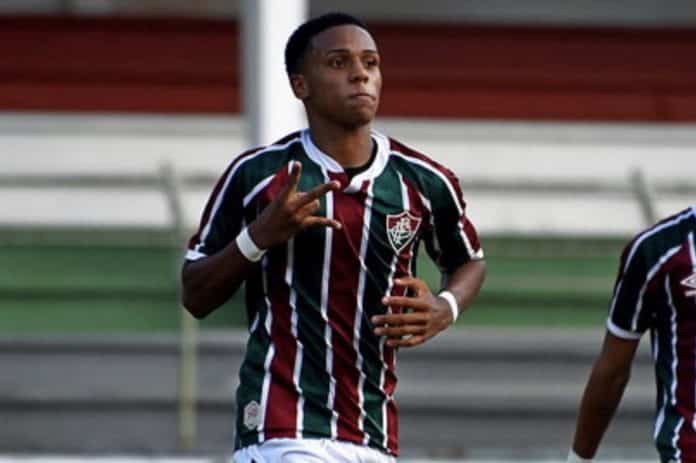 After months of rumours surrounding Manchester City being interested in Fluminense winger Kayky, the Sky Blues are apparently going through with their plans to land the transfer target as soon as possible, according to Fabrizio Romano through his Twitter account.

According to the renowned Italian journalist, Manchester City are offering Fluminense €10 million up front with €7 million in addons that could push up the price of the total deal to €17 million or even higher. The contract proposed by Manchester City runs for five years.

Considering the work permit laws in England now that the country has broken away from the European Union, the player will have to wait till he’s 18 to enter England and play for City. Hence, the signing will have to wait till 2022, but the agreement could be in place this summer itself, much like Manchester United did with Amad Diallo from Atalanta.

“Kayky is a player who stands out a lot for his technical quality, especially with regard to one-on-ones, and also in his quality in front of goal,” Fluminense’s U17 coach, Guilherme Torres, tells Goal.

“He is also very intelligent, searches for empty spaces on the field and has a good ability to provide assists for his team-mates.

“In addition, he has a winning, competitive mentality, which is important for a high-level player. His resilience has grown as he has matured, and he is learning how to deal with adversity.”

The 17-year-old operates primarily as a right winger and came through the Fluminense academy and is now starting to feature for their first team. The player is left footed and is being hailed as the next Neymar due to him being a Brazilian.

Kayky featured for Fluminense U17 last season and finished the top scorer in the youth Brasileirao as well, with 12 goals scored throughout the season.