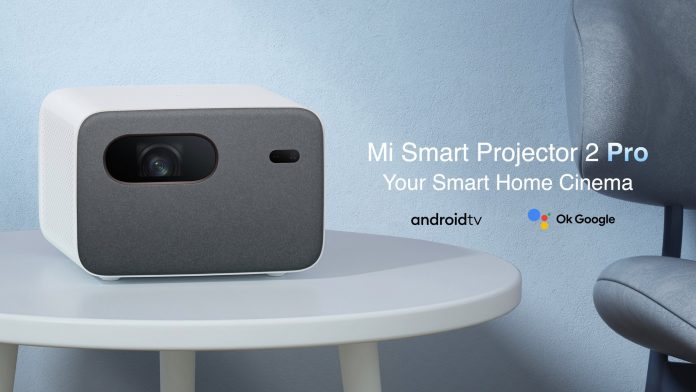 Xiaomi has launched this smart projector globally and it comes with Google Assistant built-in and runs on Android TV.

Also Read: Mi 11i with Snapdragon 888 launched globally starting at €649

The Mi Smart Projector 2 Pro offers an FHD (1920 x 1080 pixels) display and an adjustable screen size between 60 inches and 120 inches. It features a 0.47” DMD chip. The maximum brightness you can get from it is 1300 ANSI lumens. Here are some other great things you can get from this product: support for HDR10, vivid picture quality with crisp colors, and a good contrast ratio.

The smart Projector comes with a 10W speaker with DTS-HD and Dolby Audio support (onboarded projector). Another good thing is that you can connect the audio source via Bluetooth to use it as a standalone speaker. The speaker of this device uses some advanced technologies, such as dual tweeters and dual full-range woofers.

The Mi Smart Projector 2 Pro is capable to bring the picture into sharp focus within just 2 seconds, credit goes to its advanced autofocusing technology like a camera and ToF sensor. This device runs on Android TV OS and the UI is pretty intuitive comes with ease of navigation.

You will get a bunch of viewing content, games, applications with it along with the support for built-in Google Assistant. So, you can change channels with your voice commands as well as can connect the device to your smart home gadgets.

As per the pricing, the Mi Smart Projector 2 Pro carries a price tag of EUR 999 (Early bird pricing: EUR 899). No report as of now regarding its availability.