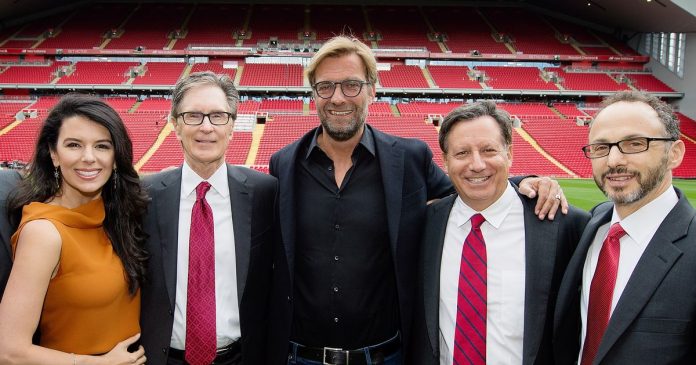 Liverpool owners Fenway Sports Group is set to follow the Manchester City model for inspiration as they build a global network of football clubs.

According to Football Insider columnist Kieran Maguire, FSG is ready to invest £530 million. They want to add another European club to their network in a similar fashion to City Football Group’s approach, the holding company which owns Man City.

According to Kieran Maguire, Liverpool is trying to implement the same. He told, “The advantage of having a football group is that it helps the development of the mothership.”

“Manchester City is the mothership of the City Football Group. It works in the sense that you might have players who are promising who you want to play the City way.”

“All of the clubs in CFG effectively follow the Guardiola model of how to play football. Therefore, it means if they are good enough to come to Manchester City, they already familiar with what’s expected of them.”

“They wouldn’t want a club that is competing in Europe because that causes competitive issues. We’ve seen RB Leipzig and Red Bull Salzburg have issues there.”

“So you’d be looking at a second-tier club to potentially minimize the chances of a European mix-up down the line.”