Motorola brings its ‘Ready For’ to compete with Samsung Dex 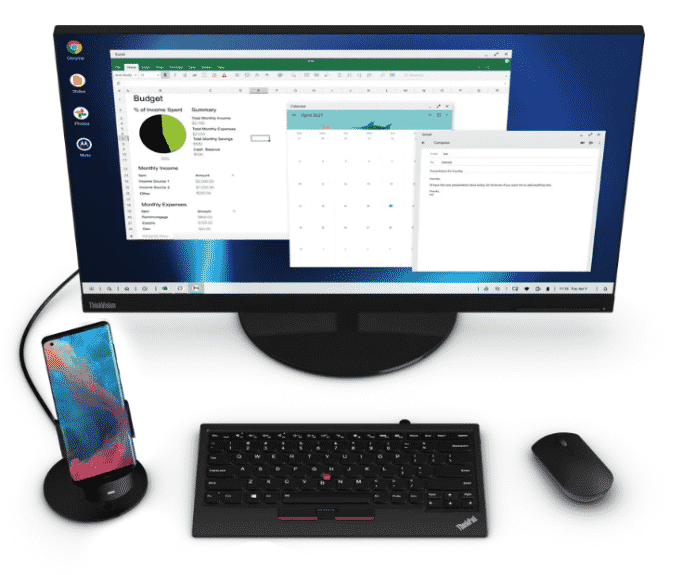 One of the most innovative and cutting-edge smartphone makers of all time is none other than our old pal Motorola. We still remember the Blackberry handsets, which created magic in the phone industry. But, Motorola didn’t seem to have much luck in the smartphone market.

It was one of the first to try to tap into modern smartphones’ power to help power a desktop-like computing experience. In 2011, the company released its Moto Atrix with the defunct Webtop platform, but it was eventually Samsung that made the feature relatively popular when it introduced DeX years later.

Motorola, owned by the PC maker Lenovo, is now ready to earn its rightful place in the global market. As such, it has introduced ‘Ready For’, its contemporary answer to Samsung DeX, and designed for the new work from home (WFH) phenomena spawned by the global pandemic.

The new tech uses a PC-like desktop multi-window user interface that is automatically launched when connected to a new dock accessory. Ready For is a multifunctional way of getting more out of your Moto Edge Plus, which includes using the display of the device as a trackpad.

The company is also promoting the highlights of using the phone as a second screen and using a larger display to get things done.

Ready For is being promoted as a more immersive gaming environment for playing console-style mobile games on a larger screen. It can also work as an STB when connected to a TV to display entertainment apps like Netflix on a larger display or even use its high-res front-facing camera to engage in video calls.