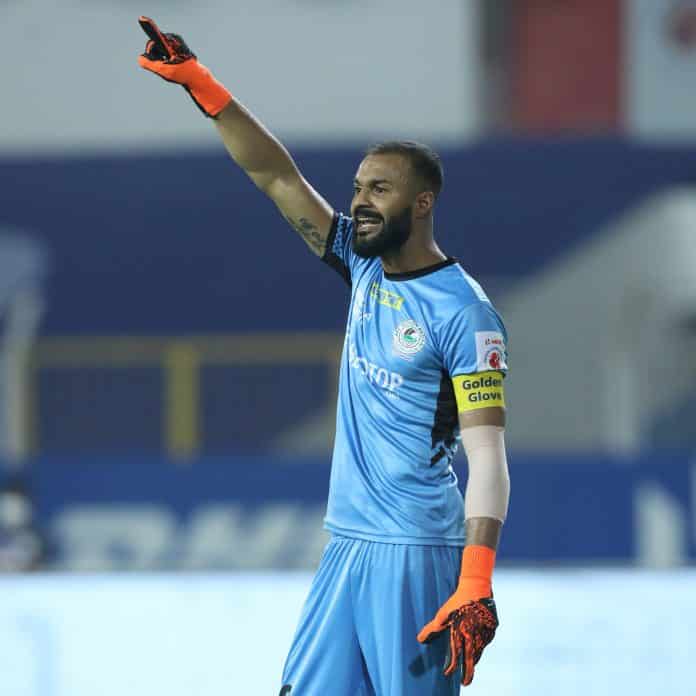 ATK Mohun Bagan’s Arindam Bhattacharya was awarded the Golden Glove for the now-concluded 20/21 season of the Hero ISL. The Mariners keeper kept the most number of clean sheets in the league with 10 out of 23, having played every single game for the club this season.

Arindam also conceded the least number of goals in the division with 15 from 20 league games, capping off the group stages with the best defensive record in the division.

When looking at things that took place throughout the season, the keeper fully deserves the award he has received. However, the finals of the competition told a very different story.

The first incident that started the downfall of the player’s game was the own goal conceded by Tiri following a disastrous case of miscommunication between defender and goalkeeper following a long ball played from the opposition’s half.

The second howler came when the keeper came charging out to deal with a through ball but ended up conceding possession to Bartholomew Ogbeche, who swerved past Arindam and one of his defenders and passed it right into the path of an incoming Bipin Singh, who took the chance gloriously to score the winner for the Islanders.

Arindam was in tears when the final whistle blew, understanding the gravity of his errors that cost his team the title. And all things considered, we can only hope that the player comes back stronger next season to give us an even better version of himself for the fans to enjoy.