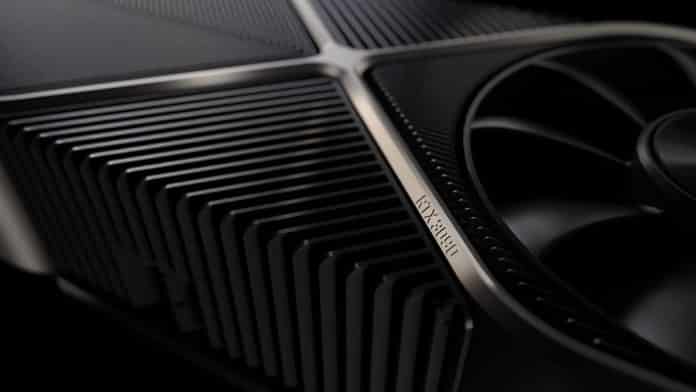 According to the latest sources, leaked by Kopite7kimi, the GeForce RTX 3080 Ti will retain the same specifications leaked last month, but it will also get the same GPU hash rate-limiting treatment as the GeForce RTX 3060 to counter crypto miners. Well, that isn’t very pleasant for the miners.

The NVIDIA GeForce RTX 3080 Ti has been giving us trouble for quite some time; it has made some recent appearances on benchmarking websites and in leaks, but every time with different configurations. Now, finally, we have the GPU configurations, which are almost certain to be accurate.

The green already stated that the upcoming SKUs would receive modifications that will counter the cryptocurrency miners and their attempts in using the company’s cards for crypto mining. For example, the upcoming GeForce RTX 3080 features a mining hash rate of around 95-100 MH/s in Ethereum using the Daggerhashimoto algorithm.

So we already know Nvidia’s Ti variants have a higher price tag than normal variants, so if a 50% hash rate limit is also applied to the RTX 3080 Ti, we get around 45-50 MH/s which is the same mining rate as the RTX 3070. But you get the RTX 3080 Ti at a relatively higher price.

But, it is good news for Gamers, as the card is a waste of resources for miners, more gamers can get the card in their system. However, Nvidia is still struggling with the shortage of its RTX 3080 and RTX 3090 based on the GA102 GPU. The RTX 3080 Ti will not be abundantly available like its predecessors.

The TGP for the card is set to be the same as the RTX 3080 at 320 Watts. That’s needed to feed the extra cores so that NVIDIA might optimize the clocks a bit here.