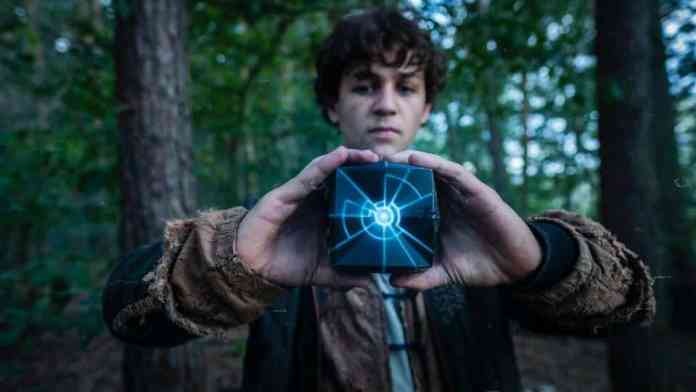 We know that Netflix is a powerhouse of amazing web series and movies. Tribes of Europa is a new incredible German Netflix original series available to stream on the platform from February 19. It is an extraordinary story of traveling through a dystopian future with some extremely violent scenes. In less than one week, this series has created a place in the top 10 shows of Netflix.

This series will take us into the place in the near future. The story is about the year 2074 when the countries of Europe will face a mysterious global disaster and all the countries will exist no more. The Feudal tribes have started the war among each other. It is a six-part series that will follow three siblings, Kiano (Emilio Sakraya), Liv (Henriette Confurius), and Elja(David Ali Rashed) who suddenly find separated from their tribe.

The Origines, who live peacefully with nature, have been attacked by the crows, a very terrible tribe, the members of whom will prefer to wear a color black mask and splatter with black eye shadows across their faces. Kiano, Liv and Elja are now forced to follow their own path to this new survival war.

The first episode depicts the three siblings out in the wood hunting, where an aircraft has crashed down in front of them. They have quickly watched it and found about the pilot, but they have found no pilot in it. The youngest sibling has found a metal cube on the ground nearby and takes it with them. After finding the wounded pilot, they have taken him to their tribe to heal him. It has come to know that he is an Atlantian who is a technologically advanced tribe.

The tribe belonged to the Origine and was soon attacked by a Crow group finding for the Atlantian and mainly a certain cube. At that time, the whole village and Elja have managed somehow to escape after getting the cube from the Atlantian, and he has been sent on a special mission. All the family members are dead, and Elja is the first on the journey to help a comic-relief Moses repair the Atlantian cube.

Liv, who is still alive, must go to find her father and brothers and relentlessly in her pursuit, uniting with the crimson Republic, a military group that used to be the European Euro corps army, to get the metropolis to the crow. It has seemed that Kanio can draw the short straw compared to his siblings and be able to capture a slave in the ultra-violent crow metropolis, then he is chosen by only one of the lords for the sex slave. Now the question has arisen that how all the siblings will find each other.

This series will never explain how and why the European countries no longer exist in this series till now; it has just only kept referring to the characters as a “Black December.” With all the latest technology, smartphones and computers have disappeared. The series has to show that our civilization would now crumble and back revert to feudal tribalism without any technology.

The creators and writers of the show will be going to decide on the reasons for the destruction of European countries. They have to find the series very problematic while considering Europe’s war-torn history.

Some parts are quite not seemed well to the concept of this show mainly of some extremely brutal scenes of gladiator-style bloodshed, some torture, and also sexual violence that has turned into some extent of entertainment.