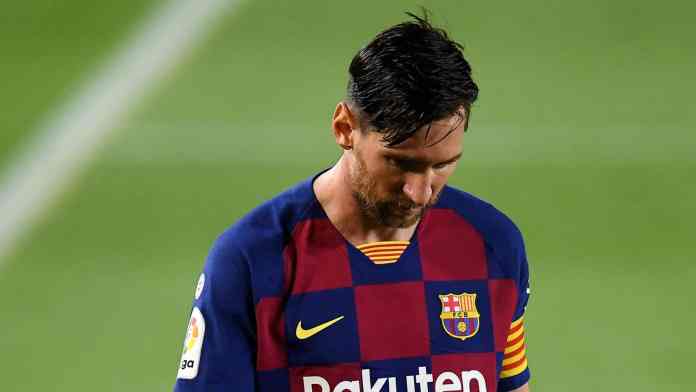 Lionel Messi wanted to leave Barcelona last summer but then club president Josep Maria Bartomeu didn’t let him leave. So Messi decided to stay at Camp Nou till his contract end this summer.

We are just a few months away from Messi becoming a free agent, but he still hasn’t signed a contract extension with Barcelona. So it is pretty much clear that Messi wants to leave Barcelona this summer, and more importantly, he should leave the club.

Former Real Madrid centre-back Oscar Ruggeri insists that Lionel Messi should leave Barcelona when his contract ends this summer. One of the reasons being Barcelona have mistreated Messi and there’s no more respect and trust.

Ruggeri told ESPN (via Marca): “Messi has to leave the club. He is still the best, but all the teams have lost respect for Barcelona.”

“It’s over, he has to go, they did a lot of things to him and we have come to this.”

“They kicked out [Luis Suarez], and forgot he’s [his] friend, [part of] the family. Suarez is a scorer. You can’t kick him out. Not many players are at Suarez’s level nowadays.”

“Now Messi wants to come to Argentina, before it was the other way around. Now he would shoot [someone] to come to the national team, before he escaped from it. He’s lost respect for Barcelona.”

Manchester City and Paris Saint-Germain are both in the race to sign Lionel Messi whenever he becomes available. The upcoming summer transfer window will be an interesting one.