Hugo Boumous banned for 4 games: Does it really make a difference? 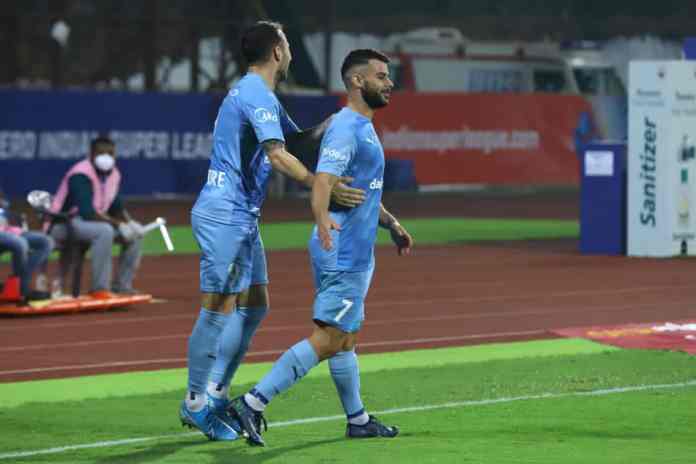 Mumbai City FC player Hugo Boumous has been banned for the next four matches by the AIFF due to ‘insulting and demeaning match officials.’ The incident took place in their match against FC Goa, which ended 3-3. The player received his fourth yellow card in that game before being sent off in the 96th minute for abusing referee Pranjal Banerjee.

Boumous originally received a two-match ban due to an accumulation of yellow cards, but this recent event has not only prevented him from featuring before the playoffs but has also slapped a fine on him worth Rs 2 lakh for ‘gross serious indisciplinary unsporting acts and misdemeanours’.

Mumbai’s future is quite secure in this case, since they have already managed to get themselves a place in the playoffs this season. The Frenchman has been the source of 11 goals this season for the Cityzens, and is the backbone of their creativity in the heart of the park.

While they have only three games left in the group stage of the campaign against Jamshedpur, Odisha and league leaders ATK Mohun Bagan at the end, all the three, in particular, the one against Mohun Bagan will be crucial in them gaining momentum heading into the playoffs.

The club will have to rely on their other talents in the absence of the highest assist provider in the league. However, Boumous should be fresh and available at the end of his ban and will be a welcome sight back into the starting XI when he does make his return.

Can Mumbai City win the ISL after finishing 1st in the group stage?

ISL 2020-21: Can East Bengal get their first victory under Robbie Fowler tonight?