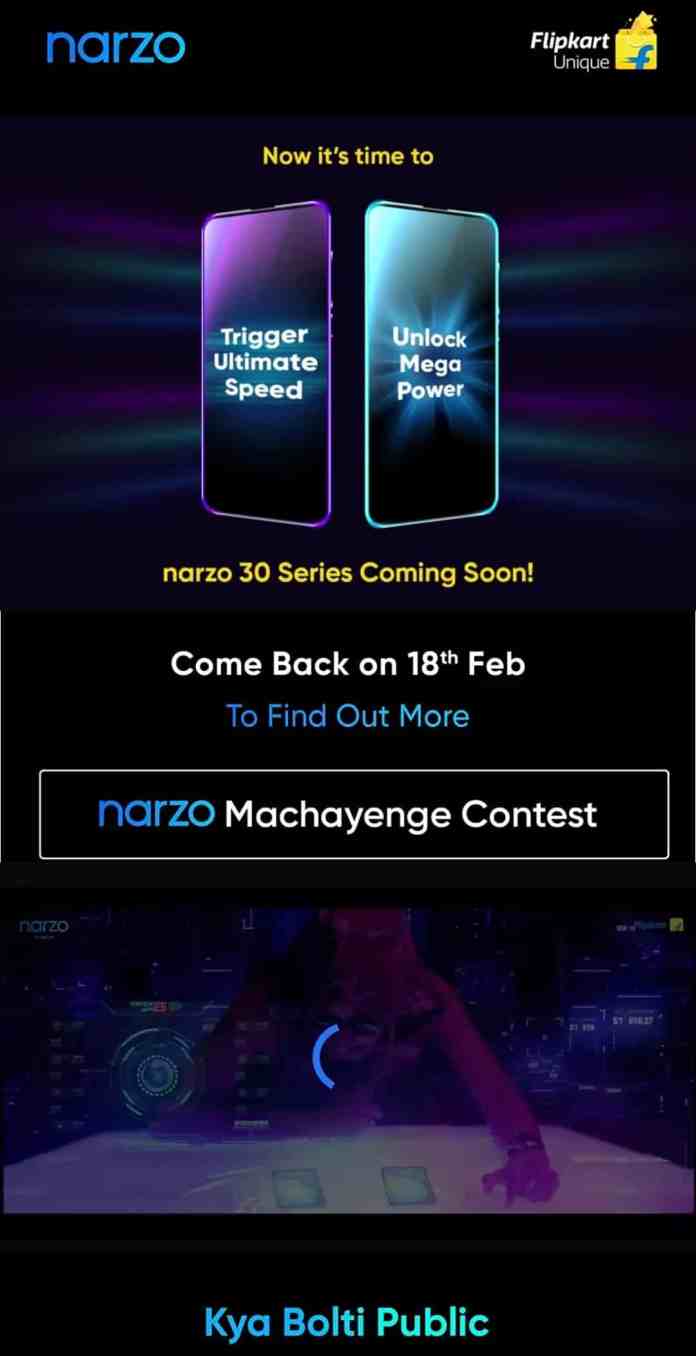 In our previous article, we showed the leaked poster image where the launch date of Realme Narzo 30 Pro 5G and Narzo 30A was scheduled on 24th February. But we were not sure of the online platform where Realme will list these Narzo devices. In the meanwhile, Flipkart has already created the landing page for the upcoming launch of the Realme Narzo. The landing page can be found only on the mobile app of Flipkart under the Mobile section.

Realme Narzo 30A seems to have a square camera layout while the Narzo 30 Pro 5G seems to have a rectangular one and a punch-hole display. In addition to such a beautiful display, the Pro model is featuring the MediaTek Dimensity 800U 5G processor, and this time we can expect a 120Hz display on it.

It is not sure which of the specification is meant from which device but we can see that both the phones seem to have a premium look on them.

On the other hand, Mukul Sharma shared this exclusive news where he is claiming that the company is launching the Realme Buds Air 2 on February 24 along with the Narzo 30 series.