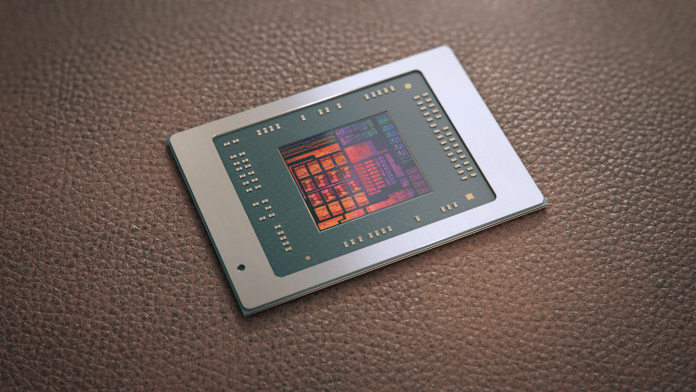 Again an AMD Ryzen 5000G APU has been leaked in the form of Ryzen 7 5750G PRO and previously we also spotted the APU. It seems although AMD has restricted the new Zen 3 based Cezanne APUs in China, a lot of system integrators and validators have leaked the specs of them and even tried to sell them on eBay.

On the other hand, the Ryzen 7 5700G APU was also spotted earlier with 4.4 GHz boost clock speeds and it was theoretically faster than Ryzen 7 3700X on benchmarks. Both the 5750G PRO and 5700G SKUs should offer similar kind of performance with 8 cores and 16 threads.

The screenshot was posted at Baidu, the sample had been overclocked to 4.8 GHz, by supplying 1.47V. However going to 4.9 GHz (4890 MHz) at 1.5V didn’t seem stable, however, can be successfully applied during light loads and gaming. As we saw with Ryzen 7 5800X, overclocking at over limits causes sudden spikes and temperature increase.

Coming to the CPU-Z scores, the APU scores 660 points in single-core and a pretty good, making it almost or even better than a stock Ryzen 7 5800X, which we reviewed earlier.

Still, the engineering sample seems good as it can reach the flagship 8-core CPU performance, now the performance of the iGPU remains to be seen though. With such a huge number of leaks, the launch of these new desktop APUs seems incoming in the next few months.